5 Vacations Spots That Offer the Biggest Bang for Your Buck 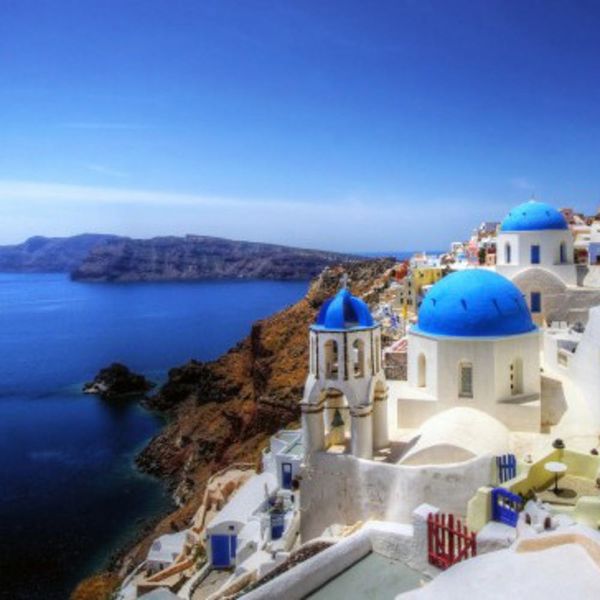 The dollar is stronger than ever, enjoying its fastest rise in 40 years. That means cheaper foreign goods and, of course, a really good reason to book a badass vacation. The euro, for one, is 18% cheaper than it was in the first quarter of 2014, making most European countries an actual reality for US travelers for the first time in years. And it’s not just the Eurozone that’s cheaper these days. Here are five vacation spots that currently offer the biggest bang for your buck.

The ruble has collapsed by half over the last 12 months, and these days, Russia is nearly 50% cheaper to visit compared to a year ago. Hotel prices have been cut by 45 percent. Now, you can spend a week in Moscow, which was formerly one of the most expensive cities to live in. The Russian capital is regarded for its stellar art museums and for being the home of Saint Basil’s Cathedral. (Photo via Flickr/josefstuefer)

Mexico’s tourism has been rising, despite reports of drug cartel violence. The peso-to-dollar exchange rate is 15 to 1. Now is the time to get in that trip to Cancun or devour amazing street food from Mexico City. It’s a bargain, no doubt — especially for students. According to Student Universe, flights to Mexico City have dropped to $312 from the United States. (Photo via Flickr/archer10)

In terms of purchasing power parity, goods and services in Indonesia are about 60% less than that of the United States. There are also plenty of things to do there. Indonesia is made up of 17,000 islands and is the home of Bali, where there are gorgeous rice paddies and a collection of pristine coral reefs. (Photo via Flickr/panduadnyana)

If seeing the Northern Lights is on your bucket list, you’re in luck. Hotel prices are down 17% in Norway from last year. Hang out in Oslo or book a skiing trip at the country’s largest resort, Trysil, where prices have dropped by about $40. (Photo via Flickr/dianasch)

If you’ve been dreaming of a European vacation, now is the time to go. Hotel prices have declined by an average of 9% and the exchange rate is nearly one to one. The Eurozone covers 19 countries, and, if you really want a value vacation, hit up Greece, Portugal or Spain for the best deals. (Photo via Flickr/mariuszkluzniak)

Know of any other affordable foreign getaways? Let us know in the comments below!

Clarissa Wei
Clarissa Wei is a Los Angeles-based writer who knows a lot about Asian food and the hidden gems of her city. She lives in the San Gabriel Valley, and you can find her making dumplings from scratch or hiking the local mountains.
money
Home News
money
More From Home News