Alanis Morissette Opens Up About Her Battle With Postpartum Depression 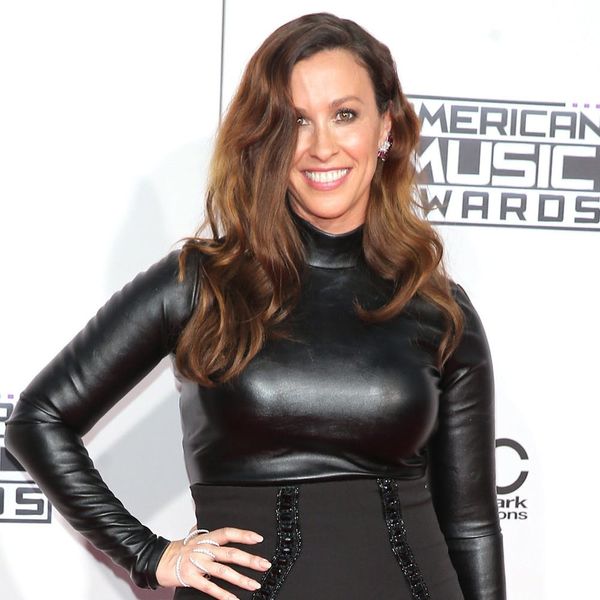 More and more celebrities, including Chrissy Teigen and Lena Headey, are sharing their struggles with postpartum depression. Alanis Morissette is the latest to speak out about the crippling symptoms she experienced after the births of her two children, and about how she’s taking care of herself while also protecting her kids.

“There are days I’m debilitated to the point where I can barely move,” the singer told People, revealing that she’s still struggling with postpartum depression 14 months after welcoming her daughter, Onyx Solace, into the world. “As a kid, I imagined having children and being with an amazing partner. This is a whole other wrench I didn’t anticipate.”

The 43-year-old said that after giving birth to her son, Ever Imre, in 2010, she began to experience intense physical pain, brutal bouts of sleeplessness, lethargy, and “horrifyingly scary” visions of her family being harmed. She wasn’t diagnosed until 16 months later, but that experience with PPD prepared her for the possibility that it might occur again after the birth of her second child.

And it did. Immediately. Morissette said the symptoms began just seconds after her daughter’s arrival via a home birth last June, and this time around has been “four times worse.”

“It’s very isolating,” she told People. “I’m used to being the Rock of Gibraltar, providing, protecting, and maneuvering. It had me question everything. I’ve known myself to be a really incredible decision-maker and a leader that people can rely on. [Now] I can barely decide what to eat for dinner.”

thank god for all the sweetness in my life. thank god for this light, love, connection, passion, humanness, tenderness, community. love and deep care to all. xoxo #thankshealing

Fortunately, the “Jagged Little Pill” performer has the support of her husband, rapper Mario “Souleye” Treadway. She also works with therapists, exercises daily, and currently uses a combination of medication and homeopathic therapies.

“My main priority is that I want to make sure both of my children are loved and bonded with and provided for,” she told the magazine, adding that she doesn’t want her PPD “to be their burden.”

#happynewyeartothosewhosenewyearitis. sending love to you in your endings and beginnings, transitions #andmiddles. holding your hand through all #grief #bliss #indifference #resolutions #peace #rage #inspiration #loss #rest #exhaustion (that one was especially thrown in there for me 😂) #intention #frustration #laughs #love #healing #despair #bondedness #disconnection and #awakenings may love touch you in subtle and surprising ways in 2017. xoxo ❤❤❤ #goodbye2016 #hello2017 #2016bestnine

She also explained why she feels it’s important for her to speak about her struggles, saying, “The stigma [around postpartum depression] remains in a really big way. There’s this version of eye contact that I have with women who have been through postpartum depression where it’s this silent, ‘Oh my God, I love you. I’m so sorry.'”

Do think it’s important for celebs like Alanis Morissette to share their struggles with fans? Let us know @BritandCo.