Alexa Chung Wants to Help You Break into the Fashion Industry 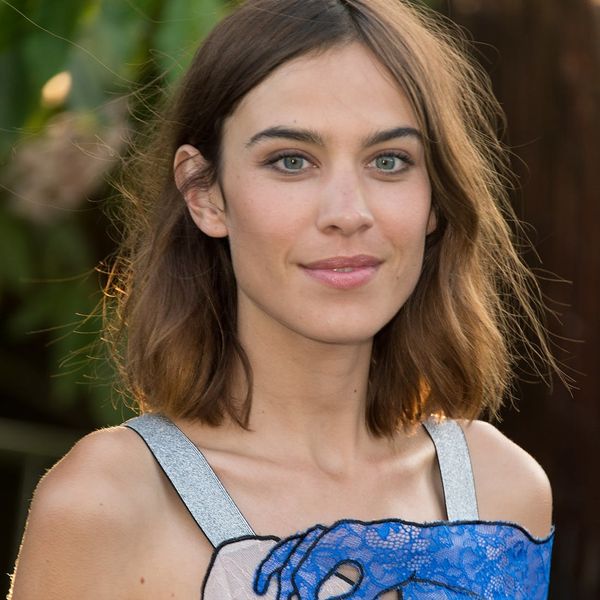 So, you want to work in fashion. Cool! But how do you actually make that happen? Sadly, we can’t all jumpstart our careers as the star of our own reality show where we get to intern at Teen Vogue and work in Paris for the summer. In (actual) reality, the fashion industry is a lot grittier than your Instagram feed may lead you to believe. Sure, job titles like fashion designer, fashion journalist, stylist and makeup artist actually exist, but there are also a lot of important jobs that you’ve probably never even heard of. To help guide you through the weird and wonderful world of fashion, British Vogue has nabbed industry it-girl Alexa Chung to host a mini documentary series on the subject.

Currently halfway through the six-part series, Chung and BritishVogue have released three episodes on Youtube. The first 11-minute episode tackles the broad issue, “How to Break into the Fashion Industry.” Alexa meets with Sarah Mower of the British Fashion Council to ask her some hard-hitting questions like, “Do you need money to become a fashion designer?” She also chats with esteemed British designer Christopher Kane about his journey to success. But instead of just discussing how he shaped his career, she makes sure to bring it all back to accessibility by asking him, “Can you tell us a few jobs that people might not be aware of that are actually integral to your business?”

In the second episode, Chung meets with graduating students at London’s top fashion school, Central Saint Martins, asking them each what’s next and how their perception of the industry changed since they started university. One student she speaks with tells her, “I completely didn’t understand how many jobs there are the things that you don’t see, which is actually most of the fashion industry.”

In the third and most recent episode, Chung delves into something that’s been a major topic of discussion recently: body image and diversity. She talks to fashion psychologist Dr. Carolyn Mair, who is leading a brand new program at the London College of Fashion that deals with the relationship between fashion and human behavior. She explains that she’s working to produce graduates that will make the industry “more ethical, more caring, more sustainable.”

As someone who actually graduated from fashion school with a degree in fashion journalism, I’m super impressed with this series. This series is honest and genuinely helpful, and could actually be a super useful tool for people interested in breaking into the often-intimidating world of fashion. Alexa Chung may be a highly connected model who seems to know everyone in that world, but she gets that you’re not. And she wants to help.

Have you been watching this series? What’s been your favorite part so far? Share with us in the comments below.