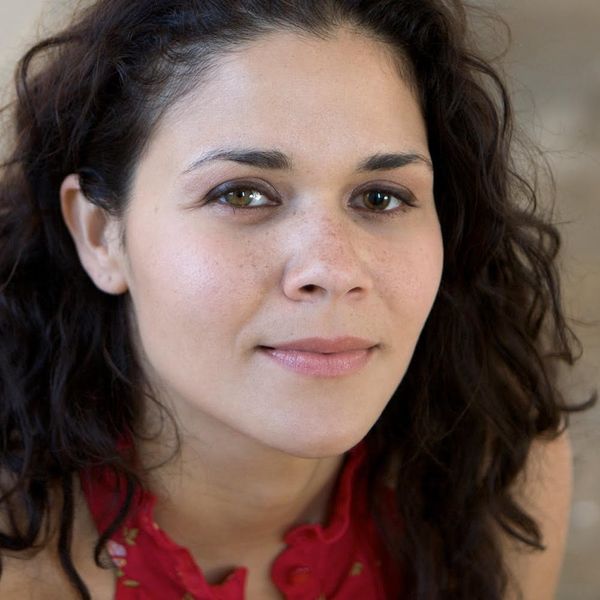 Broadway is getting woke. From Hamilton’s political statement about racial diversity and inclusion, Dear Evan Hansen‘s focus on serious mental health issues, or SpongeBob SquarePants: The Musical’s political underwire — yes, seriously — audiences often leave the theatre with a new outlook on a topic they’ve never considered before. And yet, one group of people — a group comprised of some 360 million people worldwide — is often severely underrepresented. These are the people of the deaf community. That’s why it’s important when deaf theatre artists like Alexandria Wailes get an opportunity to shine on the Great White Way.

“[It’s] absolutely essential to have deaf representation in the arts and as agents of change,” Wailes told us via email. Wailes is an actor and choreographer who has most recently worked as Director of Artistic Sign Language of this spring’s Broadway revival of Children of a Lesser God, which starred Joshua Jackson and Lauren Ridloff, who has since been nominated for a Tony Award for her portrayal of Sarah. The revival was moving, thought-provoking, and, perhaps most importantly, shone a light on a community that deserves — rather, needs — to be represented.

Children of a Lesser God, a play written by Mark Medoff, originally opened on Broadway in 1980. The show centers on the relationship of two characters: Sarah Norman, a young deaf woman, and James Leeds, a new school teacher who, to Sarah’s distaste, wants to teach Deaf students to read lips and pass for hearing whereas she insists on solely communicating in Sign Language. In 1986, Children of a Lesser God was adapted into a film production that garnered actress Marlee Matlin an Academy Award for Best Performance by an Actress in a Leading Role.

As Director of Artistic Sign Language, Wailes’ responsibilities were vast.

“For every interaction between characters, I guided the actors and collaborated with Kenny as far as what made the most authentic sense in how they would communicate with each other,” Wailes told us via email. “I worked with all the actors, who use sign language in this piece, [on] what their signs were and how they may sign depending upon their character backstory. In some cases, it is indeed a collaboration, especially for those who already use ASL in their daily life. In other cases, the work is about teaching actors their lines with sign language if they are hearing and their mode of communication is sim-com (simultaneously communicating in spoken English and ASL).”

Alongside Wailes was a team of remarkable professionals coming together to bring this work of art to the stage. Among them: director Kenny Leon and the deaf actor-model Nyle DiMarco, who has won both America’s Next Top Model and Dancing With The Stars, filling the role of producer.

“When I heard that COALG would be on Broadway, I immediately knew I wanted to get involved in some way,” DiMarco said in an interview with Deadline. “It is extremely important to not only have actual deaf actors for deaf characters but also have deaf people involved in all aspects of production. We connected with the creative team and I’m thankful that they felt the value in me offering my experiences as a deaf person and I was brought on to collaborate as a producer.”

Wailes agrees that it’s great to have deaf theatre workers both onstage and behind the scenes. “I think it is so important to have representation on different levels of mounting a show,” she told us. “While the creatives are hunkered down in rehearsals, the producers are out there connecting and drawing attention to the production.”

This is certainly not Wailes’ first time shining a light on the deaf community through theatre. She was a choreographer in the Deaf West revival of Spring Awakening that ran on Broadway from 2014 to 2016 and combined American Sign Language with the show’s impactful storyline.

Wailes intends to keep doing her part to advance deaf representation onstage. “I hope that going forward people are inspired to generate narratives that allow for more collaborations between the deaf and hearing worlds as well as within the community of deaf artists,” she said. “We have some, but need more resources, safe spaces, and continual work of the communal gatekeepers and cultural bridge builders to allow room for playwrights, theatre and dance makers who are deaf.”