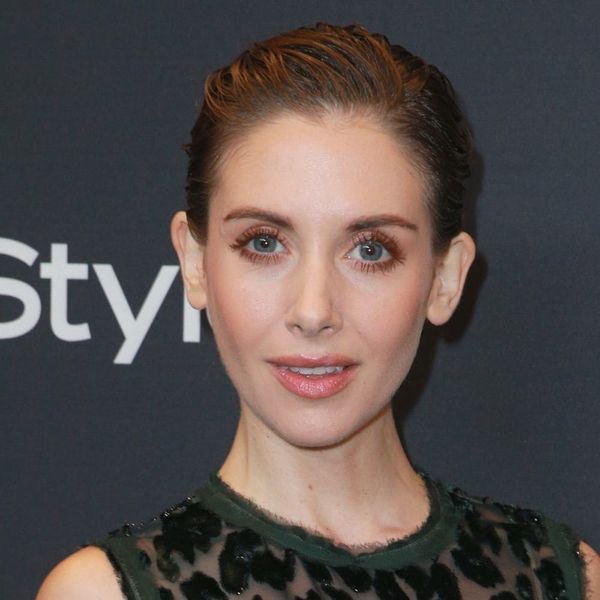 Celebs might have fortune and fame and all that jazz, but as it turns out, even Hollywood’s finest aren’t immune to embarrassing moments with their in-laws. As Dave Franco recently revealed, wife Alison Brie, whom he tied the knot with back in March after more than a year of engagement, is living proof, having had her own an encounter of mortifying proportions with brother-in-law James Franco.

While discussing his latest film, The Disaster Artist, in which he’ll star alongside his elder sibling for the first time, with InStyle, the 32-year-old actor opened up about he scene he called the most “challenging” to shoot. It also happens to be one which Brie, who also appears in the film as Franco’s girlfriend, walked in on while James while indisposed… of sorts.

“The scene where [James] is named except for [a sock] that he’s wearing was a special one,” he recalled. “That was the first day my wife, Alison, came to set. She walked in on that and was like, ‘Wow, this movie is gonna be differerent.’” Oh, my!

Franco also sounded off about what it was like to work with his significant other once more (the two also co-starred in The Little Hours and The Lego Movie back in 2014), saying, “I’ve been lucky enough to work with Alison a few times this past year. It was a little scary going into the first project, because we were playing love interests in that one as well. In the back of my mind, I was scared there might not be chemistry between us onscreen, and that would be weird!”

Just cute'n it up with this cutie pie at the @instylemagazine party last night. #tiff2017 #thedisasterartist 😍

Luckily, his fears were unwarranted, as he continued, “On the contrary, it was so easy to act with her. I feel so comfortable with her, she knows me better than anyone on the planet, and I feel more willing to take risks in front of her, knowing that she’s not gonna judge anything I do. She really does bring out the best in me at work too.” Awwww!!!!

We can’t wait to see how this all turns out when all three family members hit the screen on December 1!

What’s the most embarrassing moment you’ve ever shared with an in-law? Spill to us over @BritandCo!

Nicole Briese
Nicole is the weekend editor for Brit + Co who loves bringing you all the latest buzz. When she's not busy typing away into the wee hours, you can usually find her canoodling with her fur babies, rooting around in a bookstore, or rocking out at a concert of some sort (Guns N' Roses forever!). Check out all her latest musings and past work at nicolebjean.com.
Celebrities
Celebrity News
Celebrities Family
More From Celebrity News