Alyssa Milano Opens Up About Her Struggles With Postpartum Anxiety 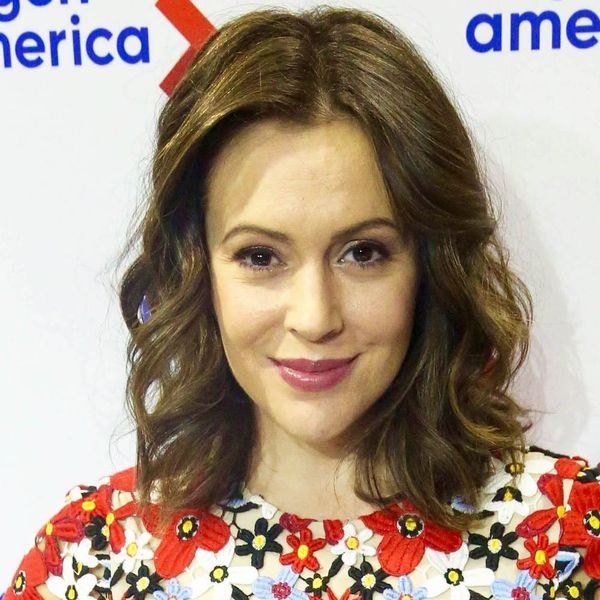 Alyssa Milano has two gorgeous children (see the ultra-sweet pic she shared for Mother’s Day), but sometimes, she struggles with the realities of motherhood — just like the rest of us. The 45-year-old actress and activist is following in the footsteps of fellow mamas like Chrissy Teigen and opening up about her battle with postpartum health issues, particularly anxiety.

In honor of Mental Health Awareness Month, the former Charmed star penned a powerful piece for TIME magazine titled “How I Came to Terms With My Anxiety Disorder.” “I have a secret, and I am not alone,” she writes, before confessing, “My Generalized Anxiety Disorder was most likely triggered by my postpartum depression, and my journey with mental illnesses began with my journey into motherhood.”

The extremely personal essay goes on to recount the Wet Hot American Summer: Ten Years Later star’s first pregnancy in 2011, which occurred just two years after she suffered a miscarriage and ended with a major scare. “Ten days before my due date, I began to have complications,” she shares.”Despite my [birth] plan, the doctors had to try to induce labor. I was forced to take an epidural, and I eventually delivered my beautiful son (after 18 hours of labor and three and a half hours of pushing) via C-section.”

Milano goes on to recall the ecstasy she felt to see Milo arrive happy and healthy — and the emotional crash that followed. “That first night, after we returned from the hospital, I suffered my first anxiety attack,” she recalls. “I felt like I had already disappointed my child. I felt like I failed as a mother, since I was not able to give birth vaginally or nourish him with the breast milk that had not come in yet. My heart raced. My stomach seized up. I felt like I was dying.”

The anxiety worsened as, a few months later, Milo suffered a febrile seizure in her arms. Things progressed further when the actress returned to work. “I began to develop irrational and obsessive fears… I would drive to work and think about all the ways that Milo could die in the hands of his caretakers,” she confesses. “Finally, I hit a wall. One early morning, I went to the emergency room at 2:00am, asked for a psychiatrist and got help.”

Milano credits the psychiatrist and therapist at the public psychiatric ward where she spent three days with helping to her recover. “I… found angels… They convinced me that I had the bravery to face my illness, the value to seek help and the strength to recover.”

Now, instead of hiding her struggle, she’s encouraging others to share their own stories. “Let’s rededicate ourselves to talking about mental health,” she suggests. “Let’s remind each other that no one should have to face these challenges by themselves. And if you see me on the street, please come tell me that I am not alone.”

What do you think of Alyssa Milano’s anxiety confession? Tweet us @BritandCo.