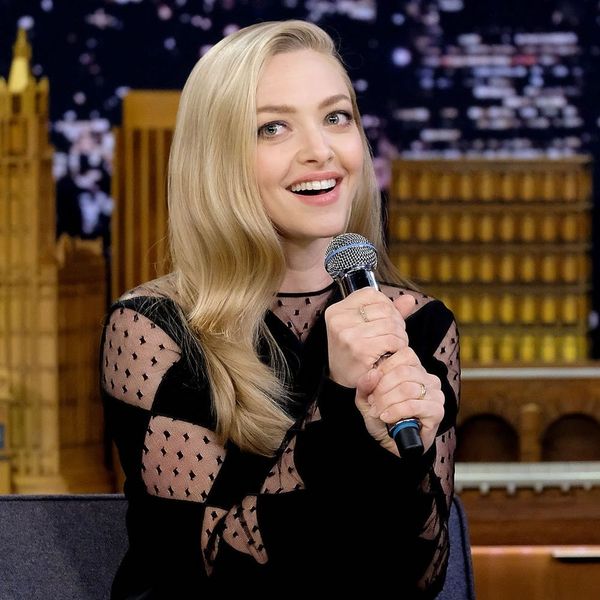 ABBA’s songs are iconic. So iconic, in fact, that they inspired a long-running musical and subsequent film adaptation called Mamma Mia!, which hit theaters in 2008. This week marks the release of the film’s sequel, Mamma Mia! Here We Go Again, and to celebrate, star Amanda Seyfried used her vocal skills to sing some of the familiar tunes on Jimmy Fallon — only they sounded a little different than we remember.

Fallon then took a turn at another ABBA classic, singing “Take a Chance on Me.” When put through the translator, however, it turned into “Steal My Sad Clocks.” Because obviously! For the finale, the pair sang a duet of the stage show and movie’s namesake song, “Mamma Mia!” — which actually turned into the very deadpan-sounding and totally weird “My Mom Arrived.”

Recently, Meryl Streep, who stars as Donna Sheridan in the films, said that she showed up to set the day Cher, who stars as her mother in the sequel, was filming a scene in which she sings “Fernando.” Streep said she stole the show — but we might need to hear a re-do through Google Translate to be the judge of that.

Other celebrities who have put the power of Google Translate to the test include Kelly Clarkson, who, during a recent Tonight Show appearance, translated her hit song “Stronger (What Doesn’t Kill You)” from English to Mongolian and back again. The title of the song appeared as “Too Strong (If You Don’t Kill It),” and the chorus, which normally says, “What doesn’t kill you makes a fighter, footsteps even lighter,” came out as, “If you don’t kill it offer a bribe, my legs are increasing.” Sometimes, it’s just nice to laugh.

Have you ever gotten funny results from Google Translate? Let us know @BritandCo!