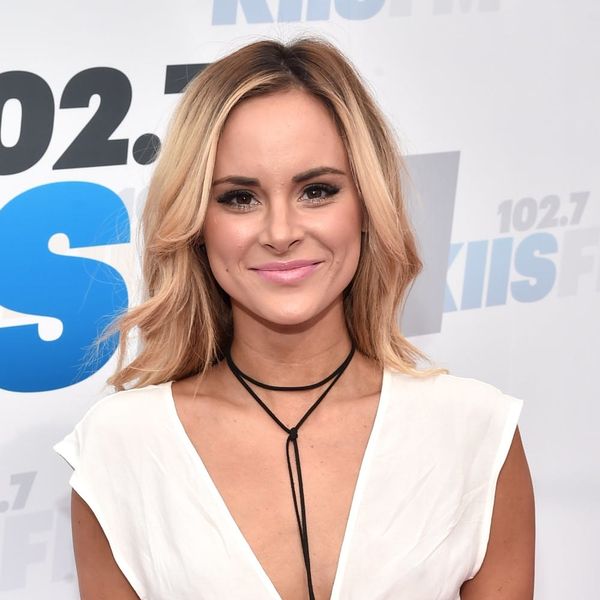 Amanda Stanton may be dealing with the aftermath of a seriously nasty split from former Bachelor in Paradise star Josh Murray, but she’s not letting it hold her back from future endeavors (including her unexpected new gig with Lauren Bushnell). In fact, the reality TV alum isn’t letting her past failed relationship stand in the way of much of anything, love included.

For those that need a refresher, Josh Murray was first engaged to former Bachelorette Andi Dorfman, but after things went awry with their relationship, the pair split in January of 2015. Murray then become engaged to Stanton before undergoing another breakup in December of 2016. (It was a rough couple of years for Murray in the romance department.) Now, Stanton is set to embark on a new quest for love by joining the cast of Bachelor in Paradise season four in the sizzling heat of Mexico. And FYI: Murray will NOT be hitting the beach this time around.

While it may seem like the 27-year-old mother-of-two is moving on pretty darn quickly, she assured Us that she’s actually had a hard time doing just that. As she told the publication, when she and Murray were on the show, “It felt like I had met the love of my life. It’s really hard, I think, to move on from that. I think we’re both having a hard time moving on.” (That migggghhht explain why the two were initially caught kissing after their big breakup).

Instagram: makeup & hair on point, wandering around a pretty hotel in a cute dress. Reality: haven't washed my hair in 3 days, wearing the same sweatpants as yesterday, ordering Postmates & having a This is Us marathon while Kins & Char are making a huge mess in their room that I really don't want to clean up.

Now, she’s aiming to put the past behind her for good, which isn’t a terrible idea, according to the fine folks over at Psychology Today, as the outlet (backed up by fancy shmancy scientific research) reports that one of the best ways to get over a breakup is apparently to date a brand new bae.

We’ll be eager to see if this tactic works for Stanton when the fourth season of Bachelor in Paradise premieres (likely in August) on ABC.

What do you think about the fact that Amanda Stanton will be appearing on Bachelor in Paradise? Let us know @BritandCo!

Desiree O
Desirée O is a ‘Professional Bohemian’ who loves anything and everything related to the arts, entertainment, and pop culture. She ADORES being a ‘Newsy’ for Brit + Co, covering all of the latest tidbits of awesomeness that you want to read about. When she’s not writing, she’s either making messy art, going on long adventurous walks with her camera, or poking around over at bohemianizm (http://www.bohemianizm.com/). You can find out about Desirée O and her work at http://DesireeO.com/ or follow her on Twitter @DesireeO.
Celebrity Breakups
Celebrity News
Celebrity Breakups Celebrity Couples love
More From Celebrity News