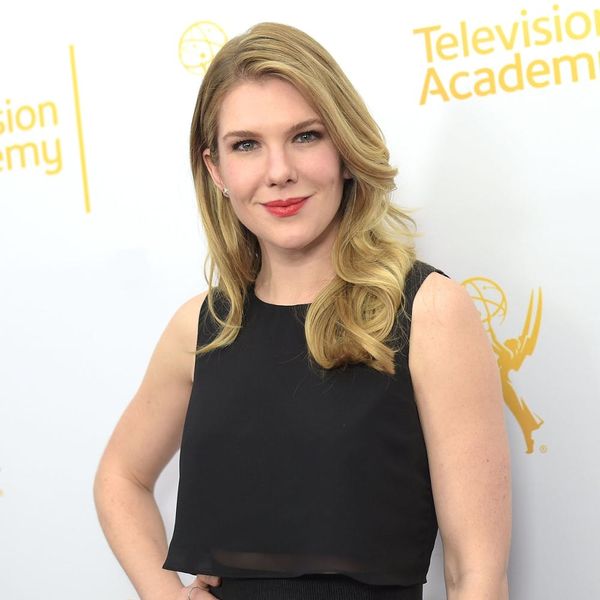 Chad Michael Murray chose to announce the birth of his baby girl with a pic that totally melted our hearts, while Amber Tamblyn revealed her little one’s name with a super political photo. Now, American Horror Story’s Lily Rabe has given the world a glimpse of her new bundle of joy with a super sweet pic and an awesomely empowering message.

Taking to Instagram to share a pic of herself holding the little one (whose name has not yet been released), the cuddles the mom and bebe are sharing are almost too sweet to handle. The message is just as wonderful, with Rabe telling her followers, “Happy International Women’s Day. Today. Tomorrow. Every day. Girls are magic. ❤✨❤✨ #internationalwomensday #weshouldallbefeminists #thefutureisFEMALE.”

The IWD sentiment shouldn’t be a surprise to any of Rabe’s fans, who will remember the pic she posted during the Women’s March where she proudly showed off the fierce baby bump she was representing.

Congratulations, happy family, and welcome to the newest little feminist among us!

What do you think about the feminist message in Lily Rabe’s first baby pic? Let us know @BritandCo!

Desiree O
Desirée O is a ‘Professional Bohemian’ who loves anything and everything related to the arts, entertainment, and pop culture. She ADORES being a ‘Newsy’ for Brit + Co, covering all of the latest tidbits of awesomeness that you want to read about. When she’s not writing, she’s either making messy art, going on long adventurous walks with her camera, or poking around over at bohemianizm (http://www.bohemianizm.com/). You can find out about Desirée O and her work at http://DesireeO.com/ or follow her on Twitter @DesireeO.
Celebrity Baby
Entertainment
Celebrity Baby
More From Entertainment