Amy Schumer Is Trying to Break the Internet Kim K Style (As in, Naked) 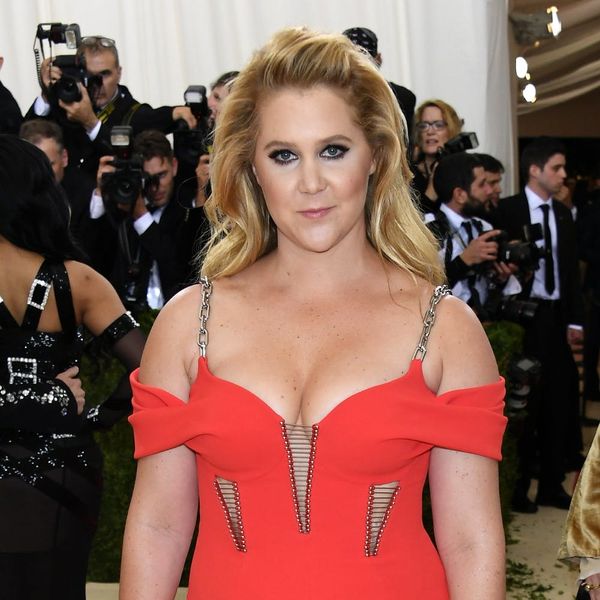 While the Internet is still buzzing over Kim K’s NSFW bare bum pic, Amy Schumer has decided to take a note from the Kardashian playbook by posting her own semi-nekkid pic. And while Amy is used to making us laugh (even while teaching us how to get off an inflatable flamingo), and although this isn’t the first time she’s left some clothes on the floor for a pic, she’s not as well known for her nudity. But this time, yowza!

Wearing an orange-patterned sports bra and, well, nothing else, and her bits barely out of view, this is certainly one way to gain attention for your cause. What cause would that be? Gun safety. Obviously that’s what came to mind immediately when we all saw the pic, amirite? Or not.

“Today please #wearorange for gun safety! #everytown” was the caption that Amy added to the pic on her Instagram account, although fans were quick to question if it was appropriate. With comments ranging from “Fit AF!” to “yucky” to “I don’t know what to make of this” to “That’s not her babe,” @mlkelly_ added, “You look great girl, you do you! But I am not sure if this is the best way to promote wearing the color orange to prevent gun violence.”

The idea of #wearorange is to recognize that millions of people are “coming together to fight for an end to gun violence in America.” Other stars, including Sarah Silverman and Padma Lakshmi, have also popped on the orange to support the cause, but Amy’s apparently the first to drop her bottoms to raise attention.

What do you think of Amy Schumer’s nekkid #wearorange pic? Tweet us @BritandCo!