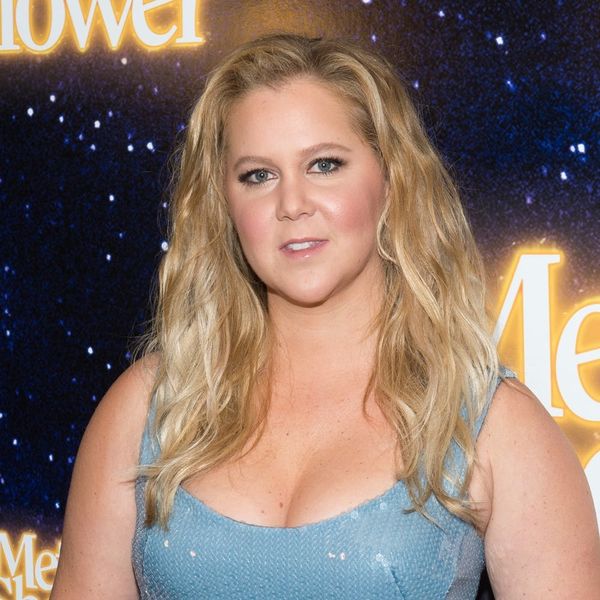 Love is in the air! Not only is Camila Cabello packing on the PDA with Matthew Hussey in Cabo, but the I Feel Pretty star Amy Schumer is seemingly also smitten, answering new relationship buzz with a PDA-filled snap of her own.

The comedian took to Instagram last night to post a shot of herself and chef Chris Fischer (who once cooked under Mario Batali) locking lips in a warm embrace while attending Ellen DeGeneres’ star-studded bash.

Happy Birthday @theellenshow thank you for having us!

“Happy birthday @theellenshow, thank you for having us!” she wrote.

The would-be couple rubbed elbows with just about every Hollywood A-list twosome, including Kim Kardashian West and Kanye West plus Chrissy Teigen and John Legend, who were also in attendance.

Rumors have been swirling around Fischer and Schumer for months, since they were snapped having a “candlelit dinner” together in NYC back in November. She also alluded to a “new dude” she’d begun seeing back in June while discussing her breakup with ex-boyfriend Ben Hanisch while onstage at a charity event.

As you’ll recall, Hanisch and Schumer, 36, called it quits back in May with a statement to People, which read, “Amy and Ben have ended their relationship after thoughtful consideration and remain friends.”

That left the door open for Fischer, who reportedly met his new lady love when his sister became Schumer’s personal assistant. From the looks of things, they DEFINITELY hit it off!

Are you excited to see Amy in a new relationship? Share with us over @BritandCo.