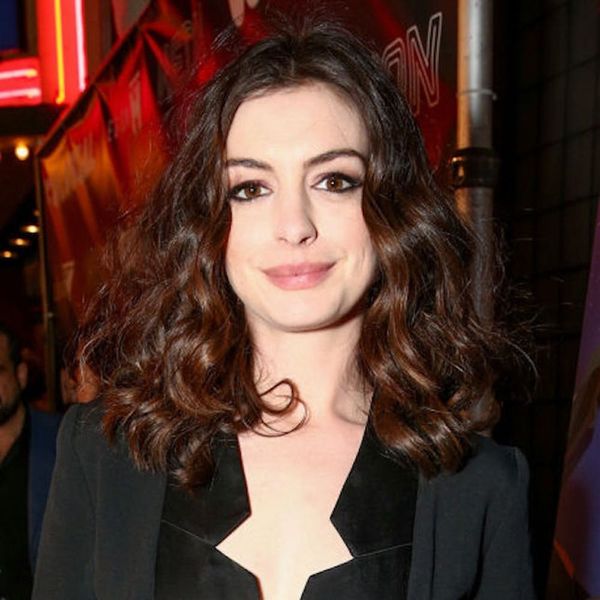 Some Barbie movie movement we can get behind and a show of support for Bieber lead this morning’s top news stories. Check out those and more in the Tuesday Morning Buzz!

1. After a scheduling conflict forced Amy Schumer to drop out of the upcoming live-action Barbie flick back in March, the role was left vacant. The Hollywood Reporter is now reporting that, while it’s still not a done deal, Anne Hathaway is in negotiations to take the lead, with an ideal June 2018 release date still in mind. THR also reports that Hathaway handpicked director Alethea Jones for the film, and that talks are underway to make it happen. (h/t THR; photo via Rich Fury/Getty)

When someone pulls remaining dates of a tour, it means they would have done real damage to themselves if they kept going. 1/2

2.John Mayer defended Justin Bieber’s decision to cancel the rest of his Purpose world tour. No reason other than “unforeseen circumstances” was given for Bieber canceling his remaining live dates, but Mayer spoke out to say that when something like this happens, it means the artist “would have done real damage to themselves if they kept going.” He tweeted: “We’ve lost so many great artists lately. I give Justin [two thumbs up] for realizing it was time to call it. You should too.” Bieber’s manager also apologized to fans via Instagram, writing that “a man’s soul and well being I truly care about came first and we must all respect and honor that.” Kudos to his team for seemingly respecting his need for a break. (h/t Us Weekly)

3. You could win a dinner date with Leonardo DiCaprio and Kate Winslet. One of the items up for auction this year at DiCaprio’s annual charity gala is a dinner with the Titanic costars. [SCREAMING INTERNALLY.] The dinner must take place sometime in October or November at a New York City restaurant of their choosing, according to People. These conditions seem totally reasonable, but it’s getting to France for the event tomorrow, July 26, or, you know, coming up with the money to bid on this thing that’ll likely be a little harder. The proceeds from the gala will go to the Leonardo DiCaprio Foundation for environmental causes, and part of the proceeds from the dinner will also go to a young mother in the UK that Winslet has been helping with cancer treatments. (h/t People; photo via Jason Merritt/Getty)

4. Kristen Stewart crashed this Canadian wedding and it’s so adorable. At a Winnipeg, Manitoba pizzeria over the weekend, two brides welcomed K. Stew to the reception, but claim they weren’t starstruck — because they didn’t know who she was. “The owner came up to me, and he said, ‘Hey, is it OK if Kristen Stewart and her girlfriend Stella [Maxwell] come and have a few drinks with you guys?'” one of the brides, Kirsten Jennings, told CBC. “And I was like, ‘Yeah, totally! Yeah, no problem. Um, who is that?'” LOL. The two reportedly stuck around for about three hours, acting as normal wedding guests and, according to the caption on the above Instagram from the wedding DJ, digging the Beastie Boys songs. (h/t CBC)

5. Everyone can stop freaking out: MS Paint isn’t actually going anywhere. Yesterday, childhoods around the world withered and died when major changes were announced to Microsoft’s Paint program, seemingly killing it. The reaction was so swift and SO devastated that Microsoft quickly clarified the changes, saying that while the app would no longer be a default Windows program, it would remain free in the Windows store. PHEW.

6. Quote of the day: “When you find an idea that you just can’t stop thinking about, that’s probably a good one to pursue.” — Josh James

How do you motivate yourself to put your ideas into action? Let us know @BritandCo!