Ariana Grande’s ‘Carpool Karaoke’ Might Be the Cutest Episode Yet 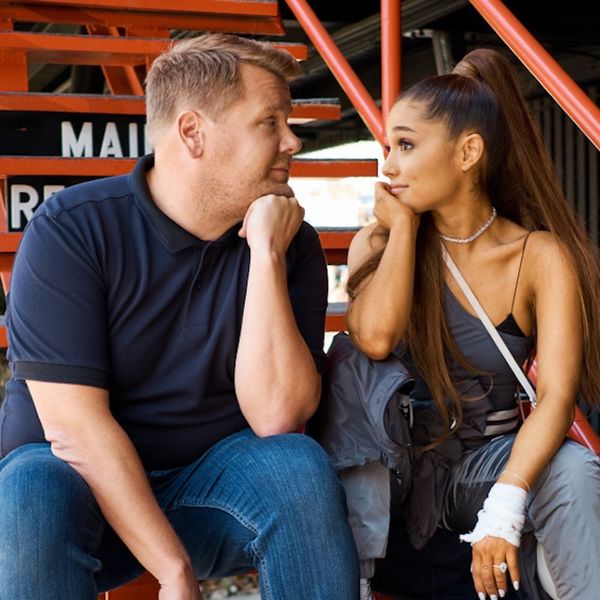 Ariana Grande joined James Corden for a Carpool Karaoke session on Wednesday’s episode of The Late Late Show, and together they belted out some of Grande’s biggest hits, surprised some Starbucks employees, and pulled off a perfect Celine Dion impression.

The pair kicked things off with an amazing rendition of the singer’s 2016 hit “Dangerous Woman,” immediately demonstrating Grande’s impressive vocals.

As Corden complimented her range, she admitted to learning to sing along to all the great divas — Mariah Carey, Whitney Houston, Celine Dion, and more. The Sweetener performer then launched into a perfect — and hilarious — impression of Dion’s French Canadian accent and trademark earnesty (and, of course, her killer singing voice).

Between belting out other hits such as “No Tears Left to Cry,” Corden also asked Grande about the weirdest rumors she’s ever heard about herself. “There’s tons of pregnancy stuff,” she said. “People really want me to be pregnant. Every other week there’s a pregnancy thing.”

She also addressed the long-running rumor that, as her star rose, so too did her demands. There was even one report that claimed she needed to be carried around everywhere. The truth, though, is that her feet were in bad shape from a video shoot, so her tour manager picked her up, and she posted the photo thinking it was cute. To lean into the myth, which she called “so stupid,” she had Corden carry her into Starbucks for a snack, where she also ordered a Grande soy latte, quipping, “Gets them every time!”

Earlier this month, Grande gushed about how much fun she had filming the segment, during which she also hurt her hand. While her bandage was visible in the segment, no explanation was given for the injury on Wednesday night. But the singer told her Twitter followers that the show is “saving that part.”

Grande’s new album, Sweetener, is out on Friday, August 17.

What did you think of Ariana’s Carpool Karaoke? Let us know @BritandCo!