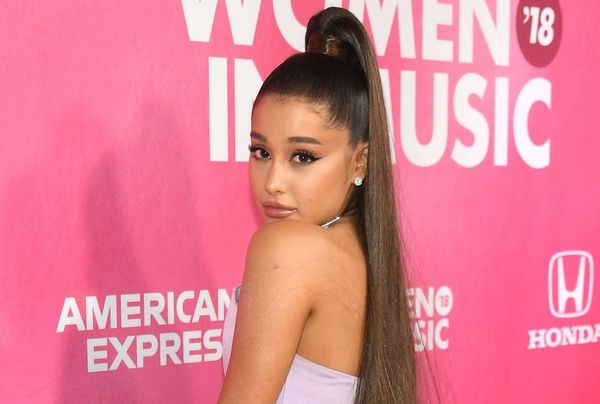 Ariana Grande is on a roll. After surprising fans with “Thank U, Next” last month, the singer has dropped another new single called “Imagine,” which looks back on the good parts of relationships past.

“Imagine” is taken from Grande’s upcoming new album, which the singer has been teasing but for which no release date has been announced.

“A lot of this album mourns failed yet important beautiful relationships in my life (as well as celebrates growth / exploring new independence),” Grande shared in an Instagram story earlier this week. “But for those of you asking about ‘imagine’: i would say if ‘thank u, next’ = acceptance… ‘imagine’ = denial. hope that makes sense.”

Grande later clarified on Twitter that the song referenced a denial that a relationship was, indeed, over. “Kind of like pretending it never ended,” she told a fan. “Denial.”

Grande was recently named Billboard‘s 2018 Woman of the Year, and in accepting her award, she addressed the highs and lows that have contributed to her recent work. “I find it interesting that this has been one of the best years in my career and one of, like, the worst years in my life,” she said.

In 2018, Grande split from her longtime boyfriend Mac Miller. The two stayed close, but months later, the rapper died of an accidental overdose. Then, in October, Grande’s quick engagement to new boyfriend Pete Davidson ended. But in November, “Thank U, Next” became the singer’s first Billboard Hot 100 number one song.

“I want to be able to do what is authentic and honest and natural,” Grande told Billboard about making music. “It’s the only way that I’ve been able to survive.”

What do you think of Ariana’s new song “Imagine”? Let us know @BritandCo!