Ariel Winter Had a Who Wore It Better Moment With J.Lo in the Same Sheer Sparkly Dress 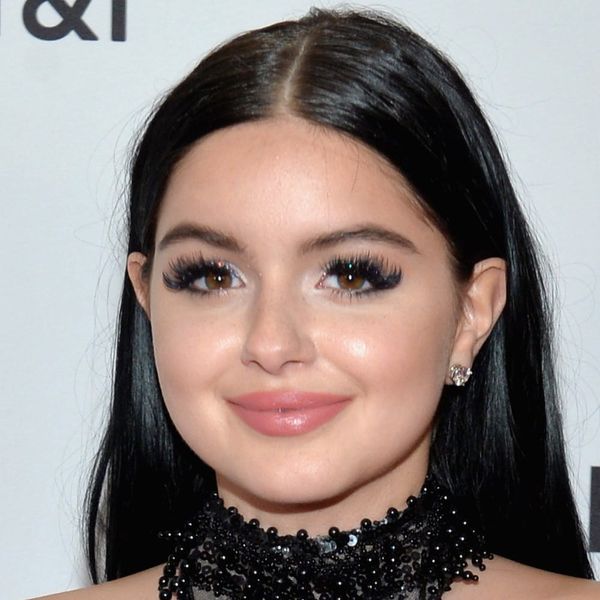 Jennifer Lopez isn’t the only one who loves a good deal! Last week, the OG naked dress queen taped an episode of The Late Late Show last week in a Meshki Aviana Jeweled Midi Dress ($111) that was surprisingly affordable, and apparently, we weren’t the only ones who thought so.

Modern Family star Ariel Winter, who is no stranger to the see-through look herself (see her SAG Awards gold Mikael D. frock here), must have taken a liking to the gown, because she just showed up for her own late night appearance on Jimmy Kimmel Live! donning the exact same dress.

Thank you for having me Jimmy! You're always amazing. Tune in tonight if ya wanna hear me talk about college, being an adult, and how I'm the @postmates queen😍

It’s clear the Modern Family star isn’t letting haters, who shamed a recent outfit she donned for a screening of the show, get her down. In fact, she says it’s her co-star, Sofia Vergara, who has encouraged her to embrace her curves, telling Lisa Ryan, “working with Sofia… and growing up with her was great, because she was, you know, a really amazing, curvy role model for me.” She went on to say that Vergara “helped me to learn to accept the way I looked and love it and dress for it and feel good about myself.”

Winter isn’t the only one channeling the 47-year-old singer as her muse, either: Just Sunday, MTV’s Jillian Rose Reed channeled J.Lo on the MTV Movie & TV Awards carpet in a look that was most certainly a throwback to her famed 2000 Versace Grammys dress.

Who wore it best, J.Lo or Ariel? Tweet us your thoughts @BritandCo.

Channing Hargrove
Channing Hargrove is a freelance fashion editor and writer in New York City. When she isn’t writing about clothing (or shopping, for research, of course), Channing is writing about life in a tiny studio apartment in a big city — and what she’s wearing — on her blog, Channing in the City.
Celebrity Style
Celeb Style
Celebrity Style Lookalike
More From Celeb Style