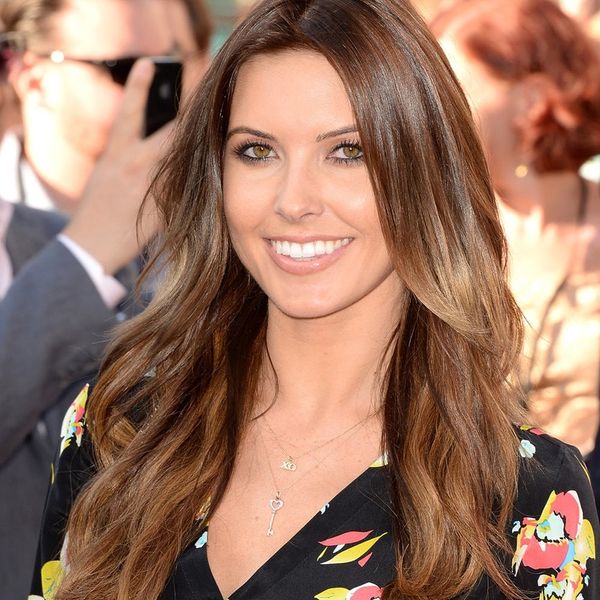 We haven’t seen much of Audrina Patridge since the last episodes of The Hills aired. After a stint on Dancing With the Stars and a short-lived reality show, Audrina sort of fell off our radar. But it looks as though Lauren Conrad’s best frenemy is back in a big way and marking her return to the spotlight with a totally new look (not a Heidi Montag sort of “new” but you know, still majorly updated).

The 30-year-old recently took to Instagram to reveal that those long dark locks we have come to associate with Audrina are now ancient history. She’s now rocking – you guessed it – a chic lob. Much to our surprise, it looks like as though she opted not to recruit the help of her old flame Justin Bobby for the new chop (JB is a professional hairdresser now in case you haven’t heard). Instead, she turned to celebrity hairstylist Briana Cisneros.

Cisneros, who posted a few photos of Audrina’s new hairstyle, captioned one, “She’s never had short hair her entire life! This was our final look after dying her dark in Palm Springs and cutting it for an incredible shoot in the desert with @logancolephoto. The next day we gently lifted up the ends for a little extra pop and added dimension.”

While the cut is what we obviously noticed first, the color is noticeably lighter, with a “lived in color” sort of subtleness to it. For someone who has been rocking such a dark color for so long the varying tones definitely help make that transition a little less shocking. It looks like we now how our inspo pic for next week’s hair appointment.

Are you going for a new hairstyle heading into the holiday season? Share a photo with us in the comments below.

Cortney Clift
Cortney is the senior writer and special projects editor at Brit + Co. She typically covers topics related to women's issues, politics, and lifestyle. When she's not buried behind her computer you'll find her exploring New York City or planning her next big adventure.
Celebrity Hair
Beauty
Celebrity Hair