Baby Name Mistakes You Should Avoid 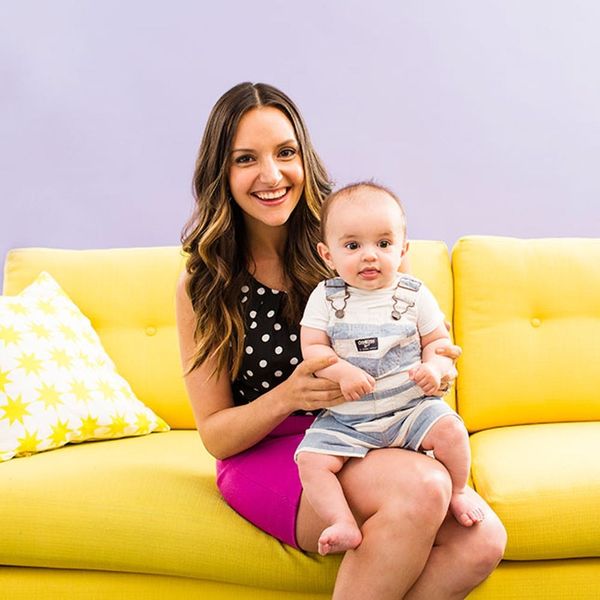 Recently, the hashtag #GrowingUpWithMyName has been trending on Twitter, enabling people with a gripe about their name to share it with the world. As a baby name enthusiast, I took interest in the types of baby names being complained about most, and thought I’d compile some of the most popular reasons. Expectant parents, beware — if you’re going to try and avoid every pitfall on this list, you will find your baby name list will get a lot shorter very quickly!

By far, the number one complaint was other people misspelling or mispronouncing the name. Most of the tweeters in this category had pretty uncommon names — Niamh and Aliyah, for example — but I also saw a Lacey and an Autumn saying that their names were often misspelled. Other victims included Kamillah, Kobe and Noemi.

The second most complained-about issue was not being able to find your name on a keychain or a Coke bottle. Ellise, Amos and Shireen all had this problem (though I can’t help but think that Shireen has more name issues now thanks to Game of Thrones character Shireen Baratheon). More surprisingly, at least to me, was that Joanna, Jordan and another Autumn also claimed they never found their names on merchandise.

There’s a sub-category to this second point: people whose names have alternate spellings. Haley was annoyed at people spelling her name as Hayley, Hailee, Hailey or a myriad of other options, and Kaitlyn and Braden claimed to have had the same issue.

Paradoxically to the first two, the third complaint was people with names that were too popular. Jack, Emily and Mackenzie were the first to step forward, all saying they had to resort to using their last initial after their name to avoid confusion with other kids in their class. Another tweeter claimed he never knew whether people were talking about him or another Trygve — but something tells me he might have been joking.

Next came the people who always get the same joke made about their name. There were some classics here — two guys called Mario who both get asked “where’s Luigi?” whenever they introduce themselves and an Eden who is tired of people asking her about her garden. Less obvious names in this category were Dexter, who claims everyone at his school wanted to see his laboratory, and Destiny, who is apparently tired of the Destiny’s Child association. I also spotted three tweets from people with top name Noah, all saying they had been asked multiple times how the ark-building was coming along.

Lastly, the people (usually girls) who have suffered gender confusion as a result of their names. Most were people with unisex baby names that are more common on the other gender — girls called Chase and Hunter, for example. Three different Danielles said they had been called Daniel by accident; one Dani said she had even been mistakenly allocated to a boys’ cabin at camp before the organizers realized she was female. Denise was another one, having been confused for a Dennis for most of her life.

So if you want your child to grow up loving their name as much as you do, pick one that’s not too popular, has a fairly well-recognized spelling, doesn’t have any negative associations and won’t cause gender confusion. (Oh, and be prepared to learn how to make custom keychains if you pick a very unusual name). Might I suggest Rosalind, Lucinda or Ingrid for a girl, or perhaps Marcus, Barnaby or Julian for a boy — all are outside the top 100, have only one spelling and clear pronunciation, and don’t have any negative connotations I can think of. (If you can think of any others, please post them in the comments!)

Or perhaps, if you’re anything like me, you’ll look at this list, worry for a few minutes then decide that your perfect little Constantine, Giuliana or Reynard couldn’t help but love their amazing name.

Do you agree or disagree with the names in this roundup? Weigh in on the comments below.

This post was originally published on Nameberry by Aimee Gedge.

- -
Nameberry is the expert baby names resource, with thousands of names and unique lists, a vibrant community, and fresh content daily, all designed to help you find the baby name you'll love for a lifetime.
nameberry
Baby Names
nameberry New Parents