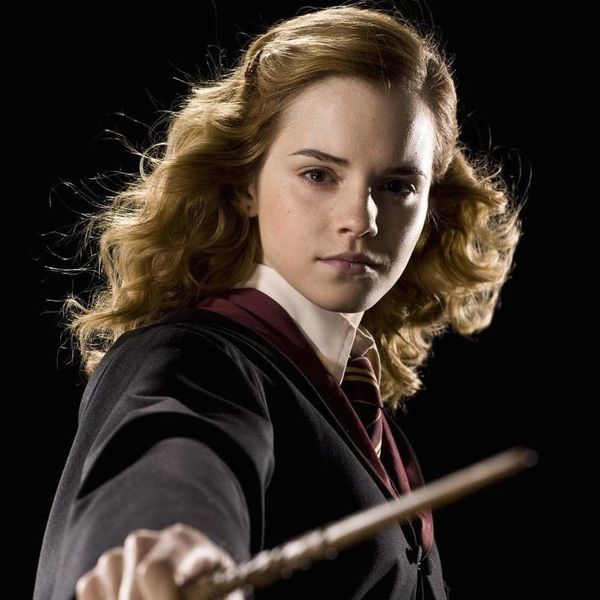 Naming a baby is tough work. And naming your new baby girl something meaningful and powerful is even harder. We’ve already shown you some of our fave literary names, but now we’re looking to books that inspired as us kids (or even young-ish adults). This list of inspiring heroines has shown us how to be better, stronger and braver. Scroll on to see our most beloved Young Adult and Children’s Lit heroines to inspire a life of courage, cleverness and kindness for your wee one.

1. Scout: Gender-neutral names are totally on the rise, and Scout of To Kill a Mockingbird may be the best heroine of all time. She fearlessly fights boys and injustice alike, and boasts one of literature’s most enduring consciences. (Photo via Deviant Art)

2. Lyra: The heroine of the classic His Dark Materials Trilogy (including the movie The Golden Compass) doesn’t just survive — she leads. Her savvy and bravery bestow her with allies as strange as talking polar bears and pirates. (Photo via Warner Bros.)

3. Flora: Kate DiCamillo won the Newbery Medal in 2014 for Flora and Ulysses, and the endearing nature of her protagonist, Flora, was certainly part of the reason why. For all the silliness of a book — including a poetry-writing squirrel — the real soul comes from Flora and her endlessly “capacious heart.” (Photo via Books Inc.)

4. Astrid: The heroine of A.S. King’s magical realism masterpiece sees things differently. Her love for the world is so great that it touches the lives of people who never meet her, and never even know her name. (Photo via Books Inc.)

5. Claudia: The elder sister in this classic is part runaway, part detective and part leader. She’s up for the adventure of stowing away in a museum and she’s up for solving any mystery. (Photo via Books Inc.)

6. Matilda: This kind and curious kid is so smart she moves things with her mind. Roald Dahl wrote some nasty characters in his day, but Matilda is likely the sweetest. Plus, she was played by Mara Wilson in the movie, who grew up to be pretty rad too. (Photo via Sony Pictures)

7. Violet: She may be woefully unlucky, but the eldest Baudelaire sister in Lemony Snicket’s A Series of Unfortunate Events is able to face an absurd number of cruel hurdles with grace. And not only that, she’s also a great inventor, engineering all manner of solutions to seemingly insurmountable problems with very few resources. (Photo via Books Inc.)

8. Charlotte: As E.B. White wrote: “It is not often that someone comes along who is a true friend, and also a good writer.” But Charlotte was both.

9. Hermione: Obviously, we couldn’t put together a list of amazing girls from children’s literature without including Hermione. Because really, how much better would that whole series have been if she was the main character? Or maybe just our bestie. Either way, she really is the cleverest witch in her year. (Photo via Warner Bros.)

10. Coraline: Coraline is a scary story, so maybe not a good choice for bedtime reading in the first eight years. But then, once your little girl is ready, she’ll be treated to a spooky story featuring one of the more fiercely independent and brave little girls ever to face a monster. (Photo via Books Inc.)

11. Ramona: Ramona Quimby ages through Beverly Cleary’s novels, but one thing always remains the same: her verdant imagination. From nursery school on, little Ramona has her head in the clouds, which is exactly where a kid’s head belongs. (Photo via NPR)

12. Tris: While Katniss might be a bit played out, Tris is a new and unique name inspired by our favorite badass, strong-willed heroine in the Divergent series. (Photo via Lionsgate)

Who’s your favorite literary female? Tell us in the comments below!

Maggie Tokuda-Hall
Maggie is freelance editor for Brit + Co, a children's book author and bright color enthusiast. When she's not reading, you can find her doodling, making greeting cards or wandering around San Francisco. During the week, she's at the Chronicle Books offices.
Books
Baby Names
Books
More From Baby Names