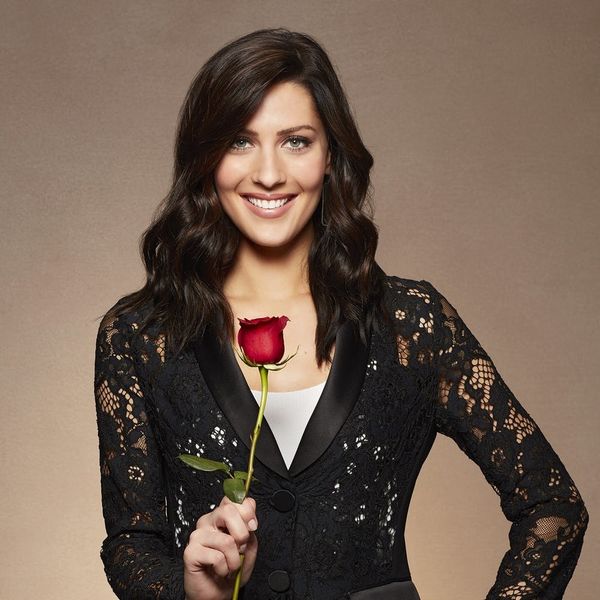 Becca Kufrin was dealt one of the worst blows in Bachelor franchise history when her fiancé, Arie Luyendyk Jr., ended their engagement on TV in order to pursue runner-up Lauren Burnham. It was a painful situation to watch, let alone live through, but Kufrin came out on the other side confident and more resolved than ever to find love. When ABC announced she would be the next Bachelorette, fans and Bachelor Nation alike rallied behind her. Now, with her season set to premiere in a two-hour episode on Monday, May 28, we’re looking at some of the reasons we can’t wait to watch her journey unfold.

She deserves a second chance. Not only at finding love, but at what people remember her by. Kufrin cannot, will not, be the girl who was dumped by her fiancé for another woman on national TV. She gets to write her own chapter now.

She’s principled. After Luyendyk broke her heart (on TV, have we mentioned?), sympathetic viewers started using the online payment system Venmo to send Kufrin money for wine. While she was touched by the gesture, she announced on the After the Final Rose special that she would donate the money to Stand Up to Cancer, a charity near and dear to her heart since she lost her father to cancer when she was young.

She’s resilient. Watching Luyendyk break up with Kufrin on the season 22 Bachelor finale was excruciating. But watching her quietly endure it, firmly ask him to leave, and then show up on the finale special, calm and composed, was nothing short of inspiring.

She’s compassionate. By the time she appeared on the After the Final Rose special, Kufrin had made peace with the situation and forgiven Luyendyk for what he’d done. Not only that, but she harbored not an ounce of ill-will toward Lauren Burnham, the runner-up Luyendyk later proposed to — while she was in the next room.

She’s fun. Kufrin’s personality shone all throughout The Bachelor, and when she met some of her future Bachelorette contestants on After the Final Rose, she was fully game, greeting them all with warmth and a smile.

She cherishes her girls. Kufrin’s fellow season 22 contestants supported her throughout the end of her engagement to Luyendyk. On After the Final Rose, she told host Chris Harrison, “See? I found love here,” as she squeezed onto the tiny couch with her girls. It not only made our hearts swell, but also assured us that regardless what happens on Kufrin’s season of The Bachelorette, she’ll be just fine.

The Bachelorette season 14 premieres Monday, May 28, at 8pm ET on ABC.

Are you excited to see Becca as the Bachelorette? Tell us why @BritandCo!