The Most Breathtaking Wild US Locations Every Adventurer Should Visit 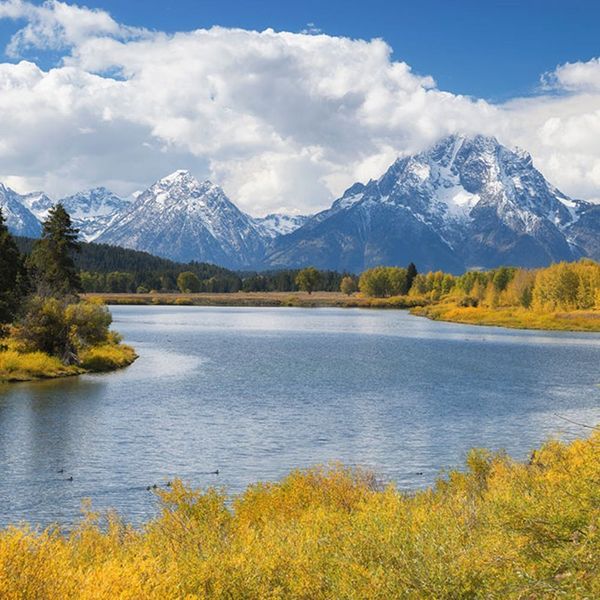 There are all kinds of ways to use your vacation time. Maybe you prefer to opt for a budget European extravaganza, or perhaps your style is more beachfront oasis or even a scenic trip away from the water. But do you ever dream of roughing it a bit? Don’t get us wrong, we’re all fans of warm beds, running water, and athleisure that’s more for comfort than performance. But every once in a while it’s nice to venture out into the great outdoors and channel your inner badass adventurer. Here are some of the most rugged, wild places in the US where you can do just that.

Between massive glaciers, 130 volcanoes, and a total population of less than one million — even though you could fit Texas in Alaska twice — much of Alaska is pristine and wild. Wrangell-St. Elias is especially noteworthy because it’s the largest national park by far, at more than 13 million acres (!), and encompasses a range of ecosystems from seaside to 18,000-foot peaks. It’s also where four massive mountain ranges converge, and it’s accessible only via unpaved dirt roads. That said, the hiking, climbing, kayaking, and rafting are unrivaled if rugged and spectacular are what you’re looking for.

Subtropical wetland covers two million acres in Florida and is home to an abundance of species like the endangered Florida panther, West Indian manatee, bottlenose dolphin, alligators and crocodiles, and more than 26 species of snake. Although portions of the Everglades have undergone human development, much of the area is as marshy and seemingly untouched as ever.

Frank Church-River of No Return Wilderness

The largest contiguous wilderness in the Lower 48, the area was named after the Main Salmon River, which was called “The River of No Return” due to boats not being able to make it back up the swift rapids, and US Senator Frank Church, who helped to preserve the region. Mule deer, bighorn sheep, mountain goats, black bear, and mountain lions live in the area, and the deep canyons and steep mountains make this an excellent place to put your adventurous spirit to the test.

Located in Northwestern Montana, Bob Marshall Wilderness includes more than one million acres of land and spans both sides of the Continental Divide, creating a home for grizzly bears, lynx, gray wolf, wolverine, elk, and mountain sheep. One of the standout features is an escarpment that extends for 22 miles called the Chinese Wall, and several forks of Flathead River are popular for river rafting.

Bordering Yellowstone National Park, the Teton Wilderness offers much of the scenic beauty and wildlife of Yellowstone without nearly as many crowds. Grizzly bears, gray wolves, moose, and other animals roam free on the more than half a million acres. For a better chance to see them, avoid the busy summer months and opt for the fall, when you’ll have more of the wilderness all to yourself.

Rainforest, glacier-capped mountains, and 73 miles of rugged coast — Olympic National Park has it all. Of the 922,651 acres in the national park, 95 percent of it is designated wilderness, making it off-limits to motorized vehicles. Luckily there are 611 miles of trails to hike, without which the area would be impossible to wander, thanks to lush vegetation.
Colleen Stinchcombe
Colleen Stinchcombe is a health, travel, and relationships writer always looking for her next grand adventure. Most recently she backpacked 1,000 miles along the Pacific Crest Trail and Oregon Coast Trail.
Travel
Travel
Travel Vacation
More From Travel