Beyoncé and Jay-Z’s Twins’ Names May Have Just Been Revealed! 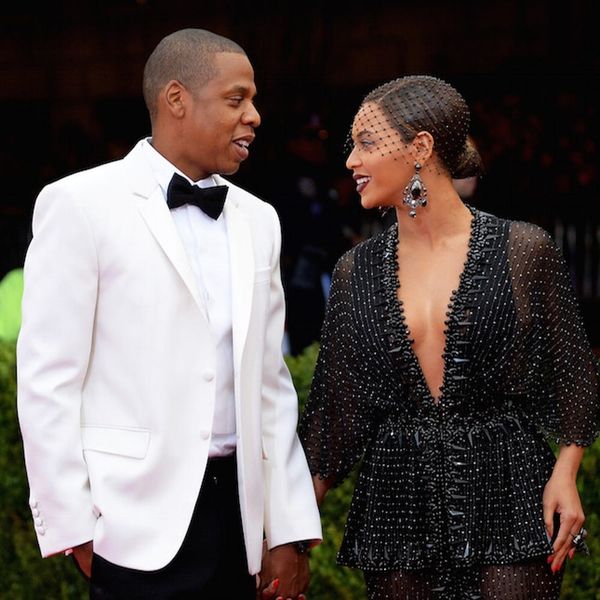 Jay-Z’s new album as a response to Beyoncé’s Lemonade is officially old news, thanks to the couple’s twins taking over the spotlight again. According to new reports, we may now know the names of the baby boy and girl who joined big sis Blue Ivy earlier this month: Sir and Rumi Carter.

TMZ and E! Online report that the famous parents’ company filed trademark documents for the names Sir Carter and Rumi Carter on Monday, June 26. The filing, which went through the United States Patent and Trademark Office, requested trademarks for a variety of merch, from baby supplies including teething rings and strollers to adult goods including fragrances and cosmetics.

Since the couple has continued to remain mum on the twin’s birth, we can’t be 100 percent certain that Sir and Rumi are the actual names. As TMZ noted, though, the same company that filed these trademark documents also filed trademark documents for “Blue Ivy Carter” earlier this year.

In any case, their (potential) names aren’t the only things we learned about the twins today. In the title track on their father’s new album, 4:44, JAY-Z raps, “Took for these natural twins to believe in miracles.”

What do you think of the names Rumi and Sir? Tell us @BritandCo!