Black History Is for Black Future 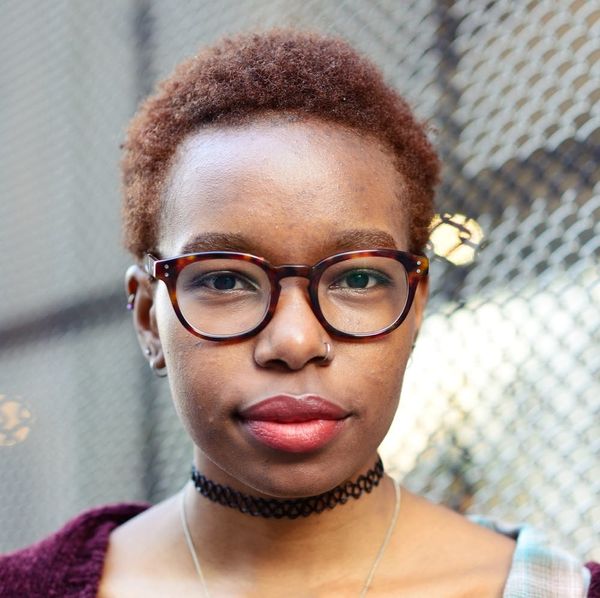 Editor's Note: This post was originally published in February 2018 during Black History Month. We are re-sharing it now to help educate our audience about black history.

Black history, Black future, Black bodies, Black planet. Once again Black History Month is upon us and people have taken to the tweets to revel. Black, in this sense, as a Caribbean night, or the silence that characterizes consanguinity, bleeding onto every surface it touches.

Black History Month began as a week. Established in 1926 by Carter G. Woodson, founder of the Association for the Study of Negro Life and History, the second week of February was deemed Negro History Week to coincide with Abraham Lincoln's and Frederick Douglass's birthdays. Schools and communities across the country began organizing events, clubs, and lectures surrounding the initiative, and once it reached the colleges — particularly during the Civil Rights Movement — campus youth began expanding the week into a monthlong observance until President Gerald Ford made it nationally official in 1972.

Woodson was forward-thinking in that he founded Negro History Week in order to provide Black Americans with the representation we still seek today. “If a race has no history," he said, “it has no worthwhile tradition, it becomes a negligible factor in the thought of the world, and it stands in danger of being exterminated." It's no wonder Negro History Week resonated so much with college students; what better time to assert your presence in the world than when you begin to stake your claim in it? But Black History Month has since become a cultural staple in Black households, churches, schools, and communities, as much an annual fixture as a reversed Thanksgiving.

The collective reflection on Black history reasserts our place in time. Black people observe the fête with fervor, changing profile pictures and greeting one another with “Happy Black History Month, brother" at the market. It's a time to claim space that is not always given.

When I was a girl, I attended an all-Black primary school in Prince George's County, Maryland, where we'd celebrate the Month with a profile series over the morning announcements and, at the end of the month, put on a small fair, in which students created presentations about great Black leaders in history. To me, this was normal; all schools did this. It wasn't until college that I realized that my 12-year-old cousin, then attending a white school, didn't know who Harriet Tubman was. It's too easy, in a world designed apart from us, to be relegated to the sidelines of our own country.

Every president following Ford has designated each Black History Month with a theme. This year, the Trump administration chose “African Americans in Times of War" to honor World War I's centennial. To me, it was an unfortunate gesture at such a time, and for such a people: celebrating war as we teeter towards war, after generations of being seen as soldiers but not always treated as equal citizens. It's hard not to notice how politicians will embrace the month as a pacifier, then peddle white supremacist talking points in the next breath.

Black History Month is a celebration of 400 years condensed into 28 days. It's inadequate, but it's something. It's a time in which Black Americans, so often displaced, find themselves grounded, granted a static temporal expanse to exercise their Blackness beneath the full weight of their ancestors. Black History Month offers a period to reflect on all that's gone into bringing us to the present, to showcase a sense of pride that risks feeling smothered. We celebrate our history in order to ensure our future.