Here’s Proof That Boyfriends Are Definitely Not the Best Braiders 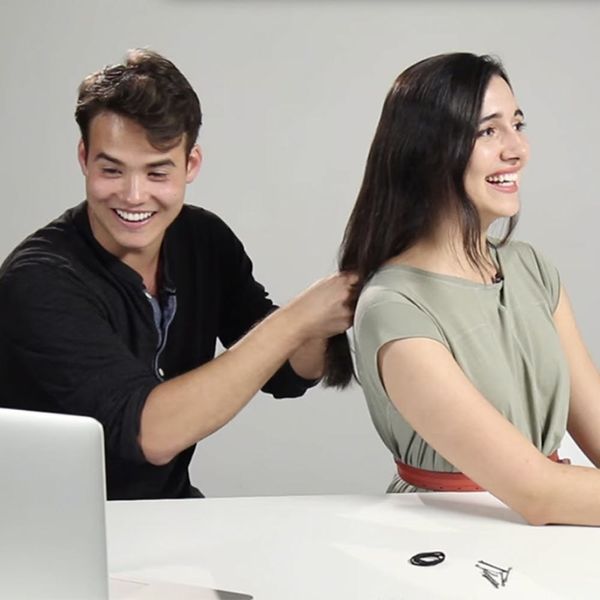 Raise your hand if you’re convinced the men in your life don’t appreciate the art form that is braiding. Sure, you usually rock ’em as second day hairstyles or when you don’t have time for a blowout, but that doesn’t mean they don’t require time and serious skills, which is why we found this Buzzfeed video that challenged a bunch of guys to recreate three iconic braids on their girlfriends totally hilarious.

We’ll be the first to admit that sometimes it takes a tutorial (or a few) to help us recreate a complicated braid, but let’s just say the word “exhausting” was used by one of these guys and another didn’t even know how to secure a hair tie. They quickly found out it’s not as easy as it looks — here are the results of their French braid attempts:

And, unfortunately, the fishtail braid didn’t fare much better (if only they had all 10 (!!) of our tutorials to reference).

So the next time your man complains that you’re taking too long to get ready, challenge him to a braid off. Because if we learned anything from this video, it’s that you’ll quickly prove your point and have a great time doing so.

We have to ask: Would you ever let your boyfriend do your hair? Tell us in the comments below.

Lauren Smith
Lauren is a midwesterner at heart, living and writing in NYC. When she's not behind her computer you can find her splurging on delicious food, reading the latest pick from her book club and almost always wearing chambray.
Braids
Hair
Braids