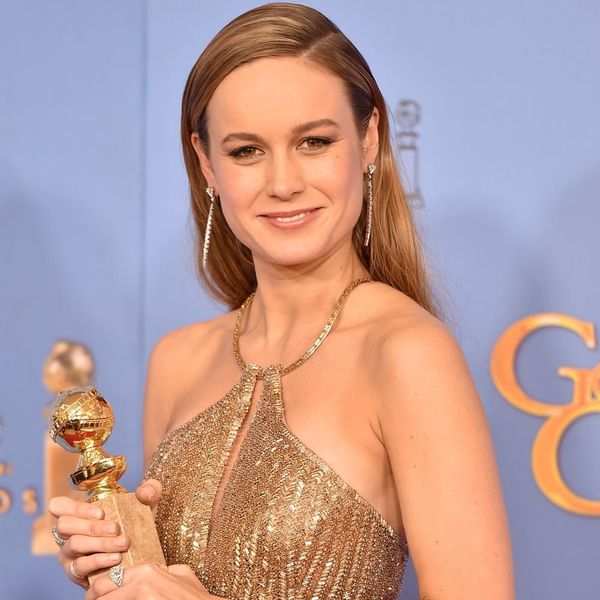 Brie Larson had the night of her life at the 2016 Golden Globes, bringing home the award for Best Actress in a Drama for her starring role in Room. She revealed that she had a friend and fellow actress behind her the entire way… and it’s not quite what you’d think. As Brie explains it, Emma Stone had been texting her vital award-day encouragement and advice.

“Emma Stone was kind of my mentor through this,” the Golden Globe winner told ET host Nancy O’Dell before the awards ceremony. “I’ve been texting with her and talking with her through this whole thing, and she just kept saying to me, ‘You’re inside the TV!’ Now that I’m here, I’m like, ‘Oh my gosh, you are inside the TV!’ I’ve watched this every year since I could watch TV.”

Too adorable! You gotta love stars who still remember what it was like before their red carpet days and can appreciate every moment of the elite Hollywood experience. She noted herself, “I feel like I’m in a dream.” It’s a dream come true, girl!

Brie also received a key tip from award season veteran Emma Stone. “She told me to wash my hands a lot, so I don’t get pink eye.” Um, yeah, but ew!

Emma Stone may not have been at the forefront of the action herself last night, but she might be joining Brie Larson on the red carpet next year after the world has seen her as the fashionably evil Cruella de Vil.

Were you charmed by Brie Larson and her Golden Globe win? Tell us @britandco!

Desiree O
Desirée O is a ‘Professional Bohemian’ who loves anything and everything related to the arts, entertainment, and pop culture. She ADORES being a ‘Newsy’ for Brit + Co, covering all of the latest tidbits of awesomeness that you want to read about. When she’s not writing, she’s either making messy art, going on long adventurous walks with her camera, or poking around over at bohemianizm (http://www.bohemianizm.com/). You can find out about Desirée O and her work at http://DesireeO.com/ or follow her on Twitter @DesireeO.
Golden Globes
Pop Culture
Golden Globes
More From Pop Culture