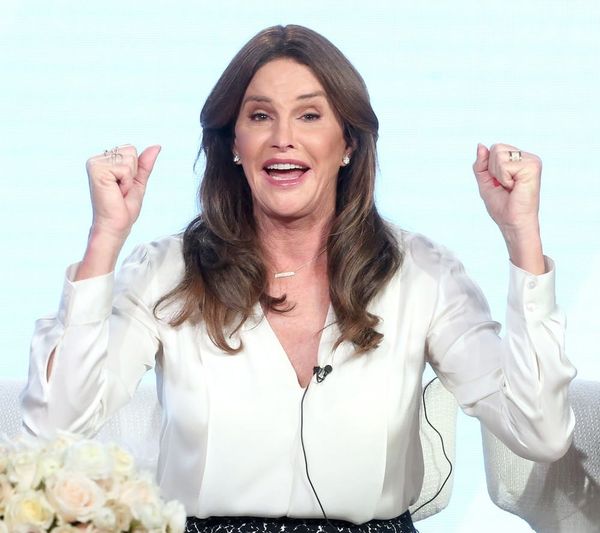 This year’s Golden Globes came along with its fair share of cringe-worthy moments thanks to host Ricky Gervais. When he took aim at Caitlyn Jenner, everyone who was watching the debacle, whether in the audience or at home, knew things were going to be bad.

In his monologue, Gervais included a joke that took a stab at Caitlyn’s transition, saying: “I’ve changed, not as much as Bruce Jenner, obviously.”

And, yup, it was certainly the kind of joke that most would call ‘tasteless’ and ‘offensive’ and they wouldn’t be wrong.

But Caitlyn Jenner won’t let this bring her down. In fact, she sees it as a possible opportunity for herself, Hollywood, and the trans community.

“I think what I’m going to do is call the Golden Globes and see if they need a new host for next year. We’ll solve that problem.”

Jenner will have plenty of time to convince those in charge of the awards show that she’s the perfect candidate and she’ll be able to use season two of her reality series, I Am Cait, to tackle trans issues head on when it premieres March 6.

“I wanted this show to be about the issues. Sure, we all love good clothes and all that kind of stuff but I really wanted the people to get to know all of my girls and everybody that’s involved with the show. I love my kids, I have a great relationship with all of my children, but this is a different show. This is about serious issues and so I wanted to somewhat keep that distance.”

Although Caitlyn has faced criticism and continues to battle against ingrained prejudices as well as find her way through new and exciting experiences, she’s aware of some of the privileges she has that not everyone in the community shares.

“I’m the exception to the rule,” she said. “I am not the rule to coming out. I’ve been very, very blessed but I know that it’s not that way for so many people in this community.”

Let’s hope she continues to use her position to call out totally unnecessary behavior like that of Ricky Gervais!

Would you want to see Caitlyn Jenner host the Golden Globes? Tell us @britandco!

Desiree O
Desirée O is a ‘Professional Bohemian’ who loves anything and everything related to the arts, entertainment, and pop culture. She ADORES being a ‘Newsy’ for Brit + Co, covering all of the latest tidbits of awesomeness that you want to read about. When she’s not writing, she’s either making messy art, going on long adventurous walks with her camera, or poking around over at bohemianizm (http://www.bohemianizm.com/). You can find out about Desirée O and her work at http://DesireeO.com/ or follow her on Twitter @DesireeO.
Golden Globes
Pop Culture
Golden Globes