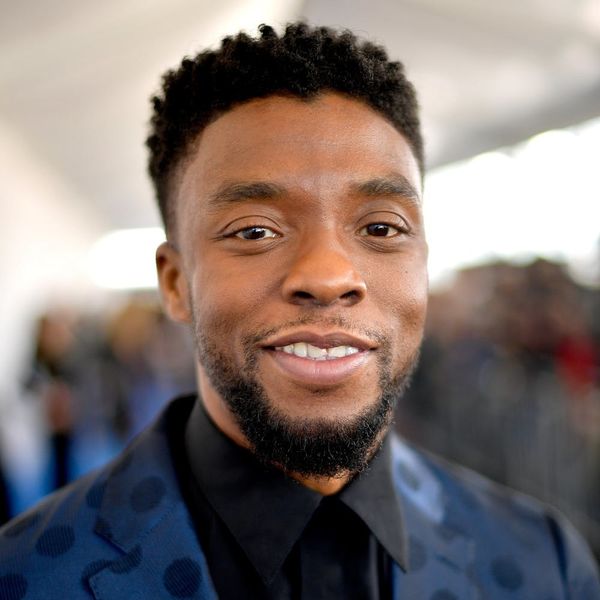 Everyone’s been completely shooketh over the box office smash hit that is Black Panther. Now, there’s something else for fans of the action blockbuster to be excited about: Star Chadwick Boseman will be hosting Saturday Night Live. Better yet, the actor who brought T’Challah to life in the Marvel megahit will be joined by none other than Cardi B as his episode’s musical guest.

Mark your calendars for April 7, because that’s when two of the entertainment industry’s hottest stars are set to take the SNL stage.

The show made its announcement over the weekend. Boseman also shared the exciting news via social media, tweeting, “See you soon #SNL!”

And Cardi B definitely wasn’t about to be left out, hopping onto Instagram to say, “Who finna not go to the club to watch Bardi on tv?!”

This will be the first time the pair have appeared on the long-running weekend show, though Boseman was previously parodied by castmember Chris Redd during a live skit. Cardi B received a similar treatment when guest host Tiffany Haddish played the “Bodak Yellow” rapper.

The SNL gig follows a string of successes for both stars. Cardi B continues to break records with her debut album and its collection of lit singles, which saw her become the darling of the music scene in the summer of 2017 and led to high-profile performances at award shows including the 2018 iHeartRadio Music Awards and the 60th annual Grammy Awards. The rapper also happens to be dealing with (or dodging?) pregnancy rumors with a performance at Coachella on the horizon.

And soon both Chadwick Boseman and Cardi B will be able to add an appearance on Saturday Night Live to their impressive list of accomplishments.

What do you think about Chadwick Boseman and Cardi B appearing on Saturday Night Live? Let us know @BritandCo!