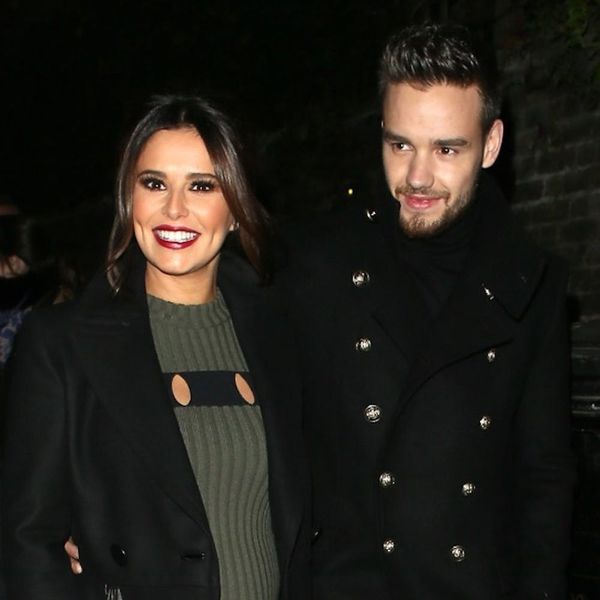 Musicians Cheryl Cole and Liam Payne had fans totally freaking over the announcement that they were expecting back in November, and pandemonium is likely about to strike again, as the couple has taken to Instagram to announce the birth of their brand new baby boy.

Cole posted an awe-worthy shot of 23-year-old Payne holding their little man, revealing that though he was born three days prior, the babe still doesn’t have a name. “On Wednesday, March 22, Liam and I became parents to an incredibly beautiful, healthy baby boy, weighing 7lbs., 9oz, and looking like a dream. Although he still doesn’t have a name, he is already stealing hearts. We are all madly in love and overwhelmingly happy with our little arrival.”

On Wednesday 22nd March Liam and I became parents to an incredibly beautiful, healthy baby boy, weighing 7lb 9 and looking like a dream. Although he still doesn't have a name he is already stealing hearts. We are all madly in love and overwhelmingly happy with our little arrival. Happy Mother's Day to all the mothers around the world. A day that now has a different meaning to me forever 💙

The 33-year-old UK singer also wished all the moms around the world a Happy Mother’s Day (the country celebrates the holiday on March 26), saying, it’s “A day that now has a different meaning to me forever.”

Former One Direction group member Payne shared the same photo over on his own account, gushing over his new son and baby momma. “My close friends and family know there are very few times when I’m left speechless…wow! I’m incredibly happy to welcome our new baby boy into the world, it’s a moment that I will never forget for the rest of my life and my favorite memory I have so far,” he wrote. “I’m completely in awe of his incredible mother and how she has been the whole way through this, she’s really made my dreams come true. We haven’t named him yet, but he’s already capturing hearts including mine. I feel very blessed. Happy Mother’s Day everyone!”

Considering the couple’s secretive past (they never officially confirmed they were expecting, despite her obvious baby bump), it’s possible they’re simply keeping the name under wraps for now, but we’re sure they’ll choose something that reflects their European savvy either way.

What do you think the couple should name their sweet babe? Cast your vote over @BritandCo.

Nicole Briese
Nicole is the weekend editor for Brit + Co who loves bringing you all the latest buzz. When she's not busy typing away into the wee hours, you can usually find her canoodling with her fur babies, rooting around in a bookstore, or rocking out at a concert of some sort (Guns N' Roses forever!). Check out all her latest musings and past work at nicolebjean.com.
Celebrity Baby
Entertainment
Celebrity Baby Celebrity Couples love
More From Entertainment