The US Has FINALLY Gotten an Openly Trans, Major-Party Candidate for Governor 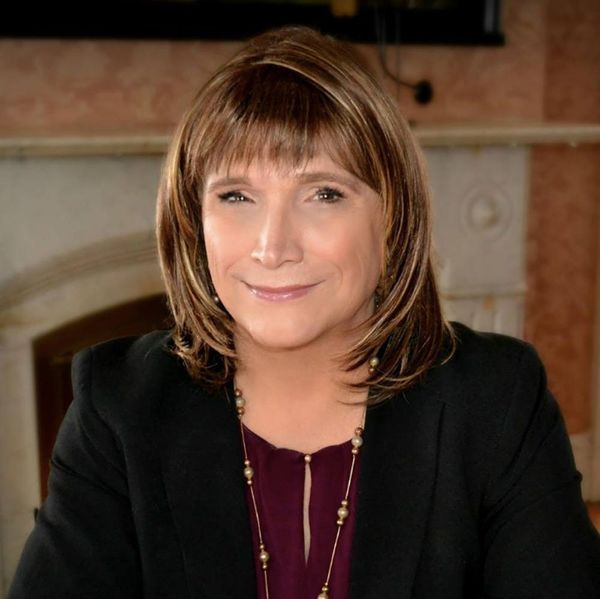 On Tuesday night, Christine Hallquist made national herstory (sorry not sorry) as the first openly transgender candidate to win the nomination for governor from a major political party. Hallquist ran for the Democratic nomination in Vermont last night, and will face off in November against the current Republican governor of Vermont, Phil Scott. Hallquist defeated three other candidates, including a 14-year-old who made the ballot thanks to a strange loophole in the state’s constitution. If she wins the election this fall, she will become the first openly trans governor in the US.

Great to take part in Middlebury and Vergennes parades today - thank you to all who came out and marched with us and especially to the men and women who have lost their lives in service to an America that represents all of us. #vtpoli #christineforvermont

In a speech to a crowd of supporters at the Skinny Pancake restaurant in Burlington, Vermont after her Tuesday evening victory, Hallquist said, “I’m going to tell you why we’re going to win in November. Because nothing is impossible when you’re on the side of justice,” the Burlington Free Press reports.

In a CNN interview with Don Lemon on Tuesday evening, Hallquist also spoke of the need to protect trans people, especially in the Trump era. President Trump has pushed to ban transgender individuals from serving in the military and rolled back Obama-era protections on transgender students being able to use the bathroom that matches with their gender identity in school.

“There’s a systematic attack and it’s going to start with the most marginalized of the communities,” Hallquist said. “So the fact that our President has gone after the transgender community is no surprise and I think everybody should be afraid.”

Hallquist, who is running for elected office for the first time and is the former CEO of a Vermont utility company, ran on a platform of progressive solutions. According to her website, Hallquist wants to raise the minimum wage in Vermont to $15 an hour, opposes the privatization of public schools, is committed to renewable energy, and plans to tax and regulate legal marijuana. Her signature campaign promise is equipping every home and business in the state with high-speed internet access.

Though she’s never run for office before, Hallquist is not entirely new to politics. Cameron H. Russell, the campaign manager for Hallquist’s campaign, tells Brit + Co that Hallquist volunteered for President Obama’s presidential campaign. She also voted in the Republican primary in the hopes that voting for a candidate other than Trump would prevent Trump from getting the nomination.

Victory!
Congratulations, @christineforvt on winning your primary.
If anyone tells you the Republican incumbent is too entrenched for you to defeat in the general election… yeah, about that.
Go win. https://t.co/dporEEzbw0

Progressive candidates who are up for election in November congratulated Hallquist on her win. Both Vermont Senator Bernie Sanders and fellow newcomer to politics Alexandria Ocasio-Cortez sent their congrats to Hallquist via Twitter after her victory was announced.

Danica Roem, another trans woman who won a seat in the Virginia House of Delegates last year, supported Hallquist during her campaign and gave her a shout out via Twitter on Tuesday.

“Victory! Congratulations, @christineforvt on winning your primary. If anyone tells you the Republican incumbent is too entrenched for you to defeat in the general election… yeah, about that. Go win.” Roem beat the incumbent Democrat in her district to become the first trans woman elected to Virginia’s state legislature.

In November last year, when Roem won her seat in Virginia, several trans people were elected to various levels of political office. A total of eight trans people won elections last November, mostly for city council and school board positions.

Hallquist, Roem, and Ocasio-Cortez are all part of the overall increase in women running for political office for the first time following Hillary Clinton’s loss to Donald Trump in 2016. There are a total of 592 women (mostly Democrats) who have said they would run or were in the process of running for office in Congress or as governor in 2018, according to the Women Rule Candidate Tracker.

Elizabeth King
Elizabeth King is a politics, history, and culture writer based in the Twin Cities. She is generally pretty cranky but still enjoys traveling, music from the early 2000's, and plotting the resistance. Feel free to say hi on Twitter at @ekingc or check out some of her work at www.elizabethcking.com.
Inclusivity
Diversity
Inclusivity LGBTQ Politics
More From Diversity