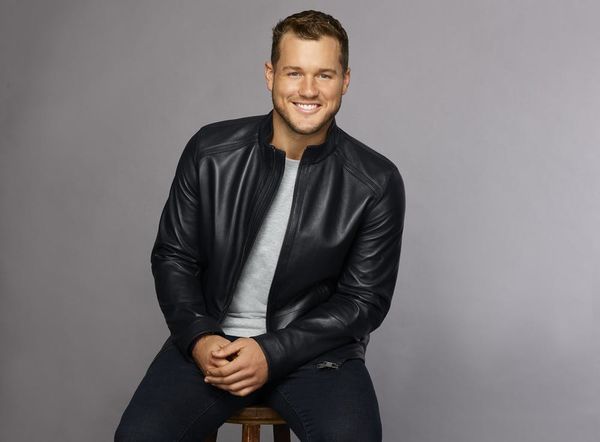 Life’s hard and the world is… complicated, so why not take a break to watch new Bachelor Colton Underwood play with some puppies? The season 23 star cuddled up to some adorable four-legged friends for his latest “pawsitively adorable” promo, because — wait for it — he’s “looking for more than just puppy love.”

Cheesy? Yes. But we’re not complaining. In fact, we’d like to put in a formal request for The Bachelor to feature puppies in every promo and every episode from now until forever.

Bachelor host Chris Harrison also gave us a first look at the season 23 poster on Thursday, November 15, and by the looks of it, Underwood is ready to hand out some roses. “It’s now officially official and I have the official exclusive poster to prove it,” Harrison captioned the Instagram pic. “Colton’s dramatic season of #TheBachelor premieres Mon Jan 7th.”

It’s now officially official and I have the official exclusive poster to prove it. Colton’s dramatic season of #TheBachelor premieres Mon Jan 7th

In the image, Underwood wears a dark suit and stares intently at the camera against a background of red roses and the Bachelor logo. A tagline above the title reads: “What does he have to lose?” — which appears to be a not-so-subtle nod to Underwood’s virginity.

Underwood — who appeared on Becca Kufrin’s season of The Bachelorette before looking for love on Bachelor in Paradise — touched on that very topic in July, when he spoke with fellow Bachelor Nation members Ben Higgins and Ashley Iaconetti for an episode of their Ben and Ashley: Almost Famous podcast.

Asked about the fact that some of his fellow Bachelorette contestants thought his virginity might be a “roadblock” that could hinder a relationship, he replied, “For me to hear people say, ‘Hey, it’s a skeleton in your closet,’ it’s like, well, why is that a skeleton? Why isn’t that just part of who I am and what makes me me?”

Are you excited to see Colton Underwood as the next Bachelor? Let us know @BritandCo!