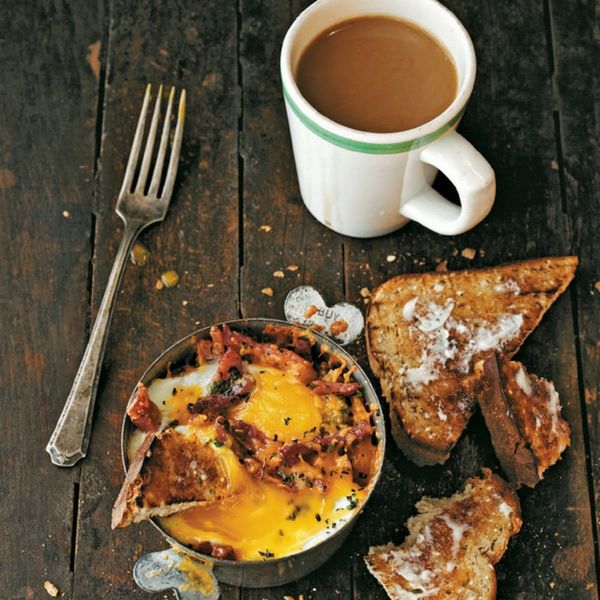 Down in the heart of Mississippi lives a James Beard Award-winning chef who is a lover of simple, Southern food and everyday staples. Although the collective imagination often attributes lots of grease and basic flavors to Southern food, John Currence clarifies that there’s nothing “basic” about the comforting taste of down-home cooking. In fact, it’s in its simplicity that the chef finds subtle complexity. “There’s nothing that I haven’t made,” Currence tells Brit + Co. The chef explains that he spends many hours in the kitchen striving to improve on the basic tenants of Southern cuisine. Keep reading for some of his top tips.

The ONe Condiment to Always Buy (Not Make)

One sauce, however, must be bought at the store. For Currence, Tobasco is perfect as it comes off the shelf. “My kitchen and pantry are never without a dozen or so bottles in various stages of use,” he admits. Of course, he confesses that he has certain hot sauces that he prefers for specific occasions. If eggs are involved though, Currence says that a few drops of Tobasco will make the dish irresistible.

Second to Tobasco, mayonnaise is Currence’s preferred condiment. “Mayonnaise is just a disgustingly versatile condiment,” he says. “There’s no end to the sauce options that mayonnaise can provide.” According to him, if you can learn to make mayonnaise at home, your dishes will almost automatically improve. All you need to know how to do is beat an egg with oil and lemon.

Although he loves the engineering aspect of creating foods from scratch, Currence admits that with a young daughter and a busy schedule promoting his new book Big Bad Breakfast, he’s constantly looking for shortcuts in his home kitchen. “I’ve started doing something that runs against everything that I profess,” he reveals. “I put the eggs in the microwave.” Apparently, cooking eggs in the microwave is the secret to a quick and healthy breakfast. Currence explains that in the morning for his daughter, he pops an English muffin in the toaster oven with some cheese, and puts a slice of ham and an egg in the microwave, and voilà. “She’s got her own homemade Egg McMuffin. It takes a minute and a half to make.”

Of course, Currence doesn’t advocate cooking exclusively in the microwave. But he absolutely encourages the use of a pressure cooker. “I’m a pressure cooker fanatic,” he says. It’s a bit like an old-school slow cooker, and Currence says he can’t stop using one even though “everyone seems to be apprehensive because they steam and whistle.” According to him, they cook exceptionally quickly and do wonders for enhancing flavor. In particular, he says that roasts and chili are great choices for beginners.

If you’ve never used a pressure cooker, Currence suggests starting by trying out some recipes like chili. Once it’s simmering in the pot, he says, “All you need is to have all of your condiments for your chili done ahead.” Occasionally, the chef will whip up a few appetizers on the spot, but he says, “I like the stuff that requires the least amount of work and doesn’t take you away from enjoyment and your friends.” Surprisingly, his favorite feast for a game day involves no cooking whatsoever. “I won’t lie; I like nothing better on game day than someone showing up with a gigantic box of Popeye’s Fried Chicken,” he says with a smile.

Share your favorite homemade kitchen staples with us. Take a picture and tag us @BritandCo.