This New Use for Cotton Candy Machines Will Blow Your Mind 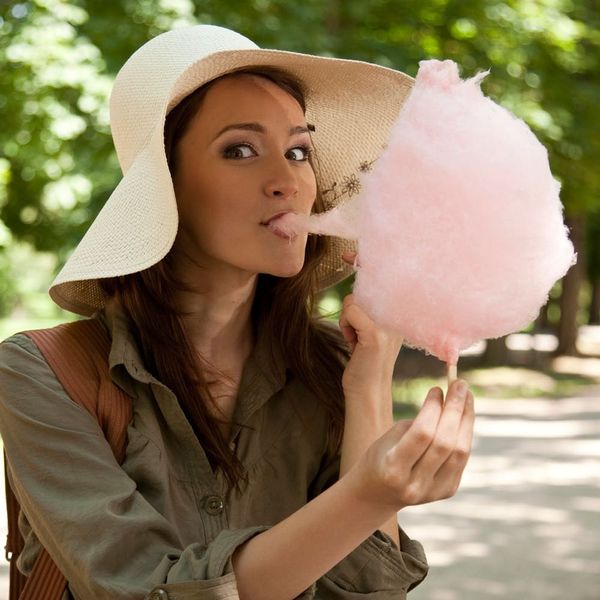 The most important job of cotton candy machines may be shifting from spinning up sugary treats at county fairs to a life-saving role at hospitals. Yep, you read that right. Researchers have developed a new way to use cotton candy machines to make artificial organs, according to a new article published in Advanced Healthcare Materials. While sweets have been used to make everything from candy street art in China to iPhone cases, this impactful and inventive new function blows our minds.

Leon Bellan, an assistant professor of mechanical engineering at Vanderbilt University, discovered that the same process the machines use to spin out thin, sugary strands makes them perfectly suited to produce the textures needed to create artificial organs. Leon came up with the idea a few years ago and has been tinkering with the machines ever since, “getting them to spin out networks of tiny threads comparable in size, density and complexity to the patterns formed by capillaries — the tiny, thin-walled vessels that deliver oxygen and nutrients to cells and carry away waste,” according to a news release.

The idea came to Leon while he was listening to a lecture on the growing need for technology to create tissues for artificial organs. “The analogies everyone uses to describe electrospun fibers are that they look like silly string, or Cheese Whiz or cotton candy,” he said. “So I decided to give the cotton candy machine a try. I went to Target and bought a cotton candy machine for about $40. It turned out that it formed threads that were about one tenth the diameter of a human hair – roughly the same size as capillaries — so they could be used to make channel structures in other materials.”

“Some people in the field think this approach is a little crazy,” Leon said in the release. Well, we say it’s crazy creative. It’s potentially much cheaper too, since hospitals wouldn’t have to buy expensive equipment to make the tissue. The technique he developed could soon be used to create new kidneys, livers and even bones.

Leon and his team of researchers are now fine-tuning the technique to create different kinds of tissues and use different cell types. The ultimate goal is to create a “tool box” that the medical community can use to create artificial organs as needed. Next time we’re enjoying some cotton candy, we’ll think about this impressive project!

Would you have ever guessed this alternate use for cotton candy machines? Tweet us your thoughts @BritandCo!

Kylie Kendall
Kylie is a freelance writer living in Ottawa, Canada. When she's not writing, you might find her scoping out all-day breakfast spots in her city or taste-testing every bottle of red wine under $10.
science
Health
science Tech News
More From Health