Made Us Smile: 13 Creative Proposal Stories 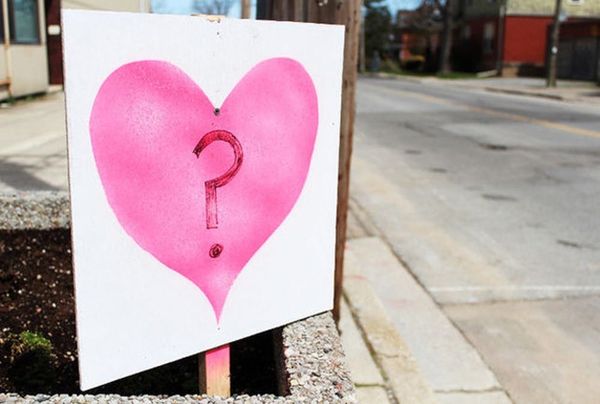 Just snapping open a velvet box and getting down on one knee isn’t going to cut it anymore fellas. Not after we’ve seen what these handsome chaps did for their ladies before popping the question. Prepare to have your heart warmed with these 13 super sweet proposal stories.

: Because sometimes the way to a lady’s heart is straight through the fridge. (via

: This EPIC proposal video was made over four years in 26 different countries. (via

: This super sweet same-sex marriage proposal was the first to ever happen at the White House. (via

: During a performance in Glasgow, Peter Pan broke character to propose to his girlfriend – who just happens to be Wendy! Is this real life? (via

: This gal who proposed to her man with a handmade Mario themed box might be the smartest lady ever. (via

: An ordinary Joe gets Zach Braff to helps him pop the big question. (via

: For anyone who made fun of this guy for spending too much time online, prepare to eat your words. This sweetie surprised his girlfriend with a series of adorable memes. (via

: A musical man surprises his long-distance girlfriend with a series of serenades as she arrives at the airport.

: Brian had a coronation dress custom made for his Frozen-loving lady, had her escorted to the nearest castle and proposed. Talk about a fairytale ending. (via

: We would expect nothing less from this musical, unexpected proposal on Main Street. (via

: Maryanne Firth started seeing pieces of plywood with a pink heart all around Ontario. As a reporter, she asked the public to help and even wrote a story about it. One day a sign included an address and time. It’s safe to say she wasn’t expecting what she found. (via

: There’s nothing like making you’re loved one want to keep you forever than making them think you just plummeted to your death. (via

13. Travel Themed Proposal: With a little help from a proposal planning company, Peter took Rhea to Cambridge for the weekend. As they wondered around town, random people started handing her paper airplanes made out of vintage maps. When they got back to the hotel suite the place was decked out in travel themed decor and Peter popped the question. (via How He Asked)

Do you have a super adorable proposal story? Please share it with us!

Cortney Clift
Cortney is the senior writer and special projects editor at Brit + Co. She typically covers topics related to women's issues, politics, and lifestyle. When she's not buried behind her computer you'll find her exploring New York City or planning her next big adventure.
Party
More From Party