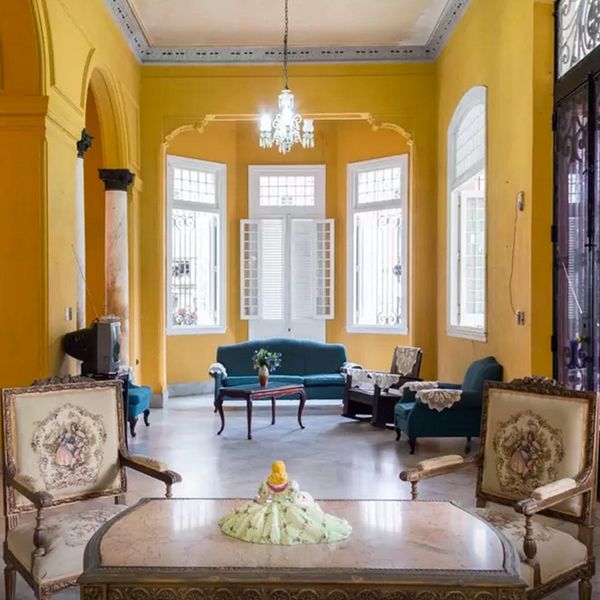 With spring break destinations on the brain, Cuba has immediately soared to the top of everyone’s travel wish list. Since the US restored relations with the country back in December of 2014, the tropical island has seen a dramatic increase in popularity from Americans. So it should come as no surprise that Airbnb wanted to hop on board that wanderlust bandwagon ASAP. The home rental company launched its Cuban operation four months after the relations had been restored and now has more than 4,000 homes listed on the site. Up until now, those spaces were only available to US citizens. However, that doesn’t appear to be the case for much longer.

According to the Associated Press, the SF-based company received a special authorization from the Obama administration that will now allow travelers from all across the globe to book private homes in Cuba through the site. World travelers will be able to stay in Cuba starting April 2, which coincidentally is the anniversary of the country’s start of operations on the island.

This news comes as Obama just recently touched down in Cuba with his family for the first presidential visit in 88 years. If you’re looking to book a trip to the island ASAP, a recent change to the travel stipulations has made it easier than ever before. However, there are still certain agenda details that are super important to be aware of. If you’re a US citizen, check out a super helpful how-to guide here. Happy traveling, friends.

Are you planning a trip to Cuba in the near future? Share your plans with us on Twitter @BritandCo.

Cortney Clift
Cortney is the senior writer and special projects editor at Brit + Co. She typically covers topics related to women's issues, politics, and lifestyle. When she's not buried behind her computer you'll find her exploring New York City or planning her next big adventure.
Airbnb
Entertainment
Airbnb
More From Entertainment