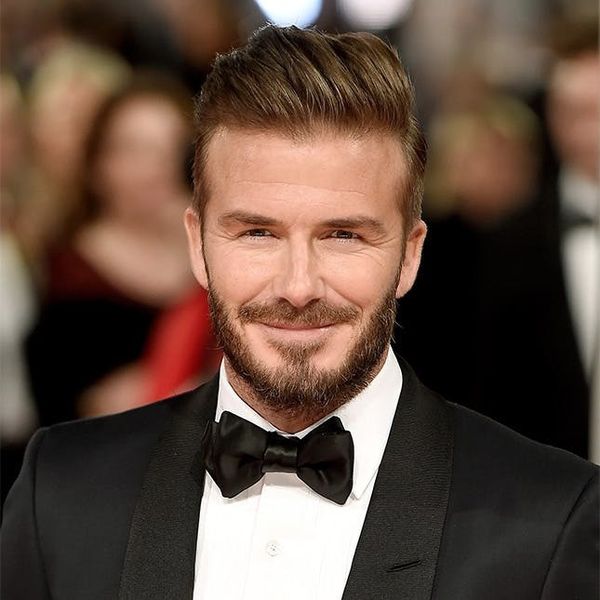 Even though we could drool over David Beckham pictures all day long, it’s his family man-style that we find the sexiest and most endearing. The 40-year-old retired soccer pro, who recently celebrated his 16th wedding anniversary to Victoria Beckham with his entire family, is just about as devoted to his wife as he is handsome (and that’s saying a lot!). Need proof? His latest tatt is an ode to the year he married the Spice-Girl-turned-fashion-powerhouse.

He posted a pic of his new finger ink on Instagram along with the caption “99 was a good year for me …” Swoon. This isn’t the first time David has made waves this summer regarding his tattoos. Just last month Victoria posted an adorable yellow Minion “tattoo” courtesy of their daughter, Harper. But we have a feeling that one probably washed off in the shower.

Since we doubt this will be the last of David’s tattoo ventures (he has two full sleeves after all) we’re curious about what he’ll get next. Will he opt for a cryptic arm tat honoring his entire family, like Brad Pitt? Or even a couple design with Victoria? Who knows. We’ll just have to keep following him on Instagram (while praying for shirtless selfies) to find out.

Tell us below in the comments what you think David will get for his next tattoo.

Lauren Smith
Lauren is a midwesterner at heart, living and writing in NYC. When she's not behind her computer you can find her splurging on delicious food, reading the latest pick from her book club and almost always wearing chambray.
Celeb Style