Check Out Which That ’70s Show Star Just Got Hitched 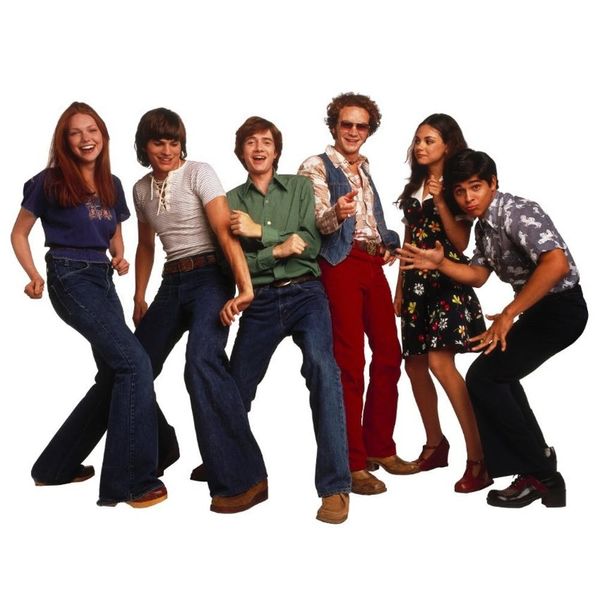 While we were busy freaking out over the fact that we’ll be seeing That ‘70s Show alum Laura Prepon for at least three more seasons of Orange Is the New Black and squee-ing over the couple confessions of Mila Kunis and Ashton Kutcher, another former cast member has just given us a sweet reason to be giddy: Topher Grace, Eric Forman himself, just. Got. Married.

Topher and fiancée, now wife, Ashley Hinshaw (you might recognize her from her appearance on the second season of HBO’s True Detective) have been dating since early 2014. The two lovebirds celebrated their special day in a private ceremony this past weekend in Santa Barbara, California, a feat that was likely largely thanks to a lot of careful planning on Ashley’s part.

“I don’t do any wedding planning,” Topher told E! when asked about the big day. “It is not up to me… I’m just going to show up.”

Show up, he most definitely did. We’re set to see a lot of more of Topher soon, as well: He’s got not one, not two, but three new projects coming out this year, including the horror film Delirium, a musical comedy called Opening Nights (also starring Taye Diggs) and War Machine alongside Brad Pitt.

As for the nuptials, with only close family and friends in attendance, there’s no word yet on whether or not any of Topher’s famous ‘70s Show friends were also guests, but either way, we’re sure it was an amazing celebration of love.

Are you surprised by Topher’s big news? Tweet us @BritandCo!

Desiree O
Desirée O is a ‘Professional Bohemian’ who loves anything and everything related to the arts, entertainment, and pop culture. She ADORES being a ‘Newsy’ for Brit + Co, covering all of the latest tidbits of awesomeness that you want to read about. When she’s not writing, she’s either making messy art, going on long adventurous walks with her camera, or poking around over at bohemianizm (http://www.bohemianizm.com/). You can find out about Desirée O and her work at http://DesireeO.com/ or follow her on Twitter @DesireeO.
Celebrity Wedding
Celebrity News
Celebrity Wedding marriage
More From Celebrity News