Disney Fans Are Upset About Moana for This Unexpected Reason 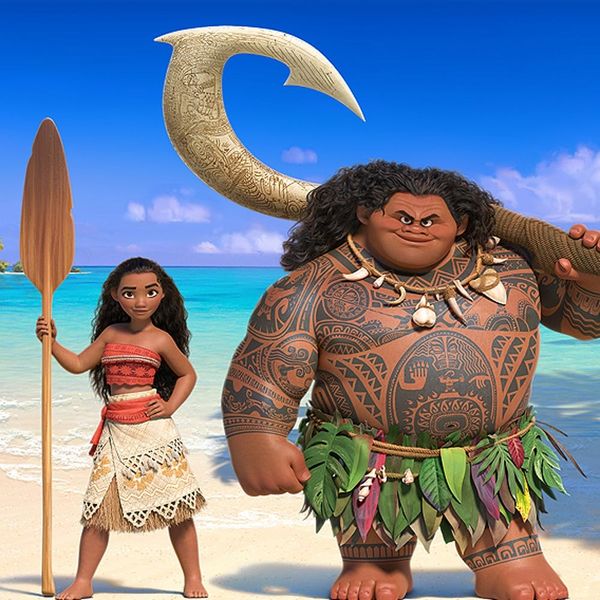 It’s a bit of an understatement to say that the magical powers that be over at Disney are on a ROLL lately: We had barely recovered from the excitement of getting a live-action Beauty and the Beast when we discovered some top secret deets about Wreck-It Ralph 2 — and don’t even get us started on the unveiling of their latest movie, Moana.

Based on a 14-year-old sea-faring Polynesian princess (voiced by newcomer Auli’i Cravalho), Moana will set sail to theaters on November 23, and, if the trailer is any indication, it’s going to kick MAJOR butt. Not everyone is echoing those same sentiments, though, due to one major oversight with one of the movie’s main characters.

Folks have stirred up a serious social media storm over the weight of Dwayne “The Rock” Johnson’s character, demigod Maui.

Jenny Salesa, a member of the New Zealand Parliament, took to Facebook earlier this week to share her disappointment in the way Maui’s animated body looks. She argued that Disney is perpetuating negative stereotypes, writing: “When we look at photos of Polynesian men and women from the last 100 to 200 years, most of our people were not overweight, and this negative stereotype of Maui is just not acceptable. No thanks to Disney.”

She’s since deleted the post, but many others have echoed her sentiments on the subject. Will Ilolahia of the Pacific Media Association also sided with her, sharing some strong words about what he considers to be an inaccurate depiction of Maui. “He is depicted in the stories that’s [sic] been handed down, especially in my culture, as a person of strength, a person of magnitude and a person of a godly nature,” he told Waatea News. “This depiction of Maui being obese is typical American stereotyping.”

Other Disney fans have stood up for Maui, and the film, arguing for both via Twitter.

This. Feels like obsessing over Maui's lack of "heroic" proportions is overlooking that, uh, #MOANA is the hero. https://t.co/xaY09sE1x7

To those insulted by Maui in #Moana – we of Scottish ancestry laughed at spot-on genealogical accuracy of #Brave pic.twitter.com/e4gRNVlH4q

Also in defense of Disney, a Somoan comic illustrator named Michael Mulipola, who argued that Maui’s size was drawn to show him as “powerful, strong and protective.”

Hmmm. We’re kind of torn here, as both sides make some pretty valid points! We’re gonna let you be the judge on this one.

D0 you think The Rock’s character should have been depicted differently? Tweet us @BritandCo.

Barbara Pavone
Barbara Pavone is a pop culture-obsessed writer based in beautiful (but ridiculously cold) Montreal, Canada. When she's not working, she's sipping on a Pimm's Cup and daydreaming about her celebrity hero, Saint West.
Disney
Pop Culture
Disney twitter