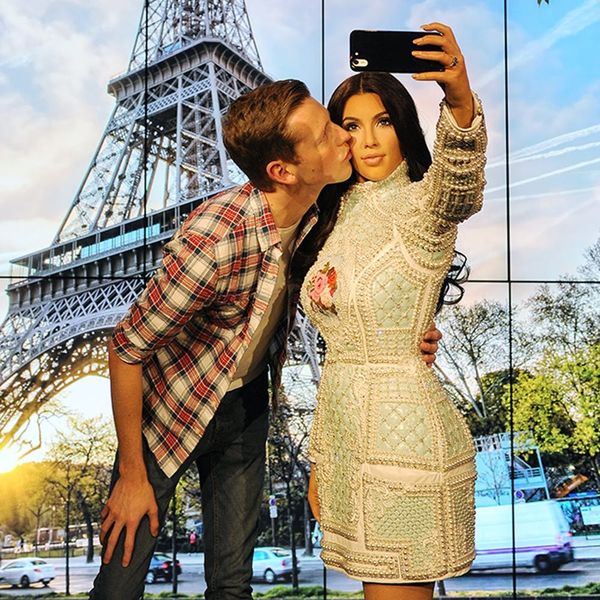 We all know that being too self-centered can unravel a good relationship like Taylor Swift’s cat Meredith can unroll a ball of yarn, but could something as mundane as selfies be contributing to your collection of failed relationships? According to a June 2015 study, Narcissism and Newlywed Marriage: Partner Characteristics and Marital Trajectories, they could. In fact, having supposed “narcissistic tendencies” can cause newlywed couples to split, even if those tendencies were well-known before the wedding. It seems like all of our favorite celeb couples have been divorcing lately, and we want to get to the bottom of this so we can mend our broken hearts for good.

The study involved 146 couples who were assessed six times over their first four years of marriage. First the researchers looked for narcissistic characteristics in each partner, then tested how each relationship was doing over time, based on the couple’s dynamic. They paid close attention to whether the wife or husband was more self-centered, to see what role gender and societal norms play in the success of a marriage.

According to the researchers, these characteristics eventually wear down the couple rather than causing an imminent threat, which may be why these couples followed through with their weddings in the first place. All we know is that this could be bad news for Kimye and many of our Snapchat-obsessed friends. While more research into the characteristics would undoubtedly be valuable, we think we’ll just step away from the selfie stick for now.

What do you think about this new research? Let us know if you think selfies are perfectly fine or a bad matrimonial omen in the comments below!

Lacey Williams
Lacey Williams is a writer, graphic designer, and beauty enthusiast from the great state of Texas. She lives for creativity, and has a life goal to eradicate Comic Sans from the planet. In her spare time she can be found exploring new places, scanning the puppy ads on Craigslist, and buying more makeup than she knows what to do with.
Wedding Photos
Home News
Wedding Photos
More From Home News