Struggling to Keep Up Dry January? Remember These Health Benefits 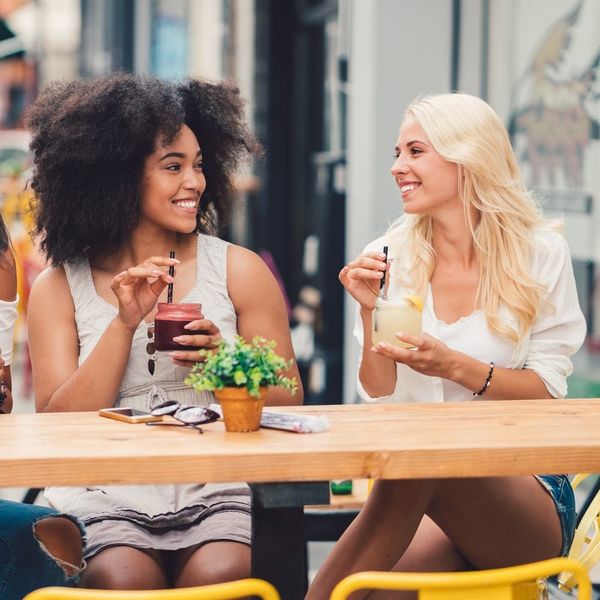 If you’re participating in Dry January, by now you’re knee-deep in the challenge of giving up alcohol for an entire month. Abstaining gets easier for some people as the days go by, but for others, it’s a real slog. You may have started your booze-free month with the best of intentions for your health, but are reaching a tippling — er, tipping — point where the lure of your favorite cocktail is growing increasingly tempting.

To help you stay the course, we got the lowdown from experts on all a Dry January can do for your body and mind. Mitzi Dulan, Sports Nutritionist, RD, CSSD and Integrative Doctor and Wellness Specialist Amy Shah, MD serve on the advisory board for HALO Sport, an organic, low-calorie beverage designed to keep you hydrated — whether you’re indulging in alcohol or not. According to these health pros, taking a break from booze has both short-term and long-term benefits.

Since a Dry January isn’t a permanent change to your drinking habits, some of its effects will last only as long as you’re holding off on alcohol. One short-term advantage many people experience is improved sleep. Alcohol is known to disrupt our rest, especially during the second half of the night. So it’s not surprising that 71 percent of participants in one UK study reported better sleep during their month of abstinence. A good night’s rest “can help improve mood, concentration, and overall mental performance,” notes Dr. Shah.

Another unexpected benefit of ditching booze is improvements to your skin. “Vitamin A, a key nutrient for keeping skin hydrated, is broken down by alcohol,” says Dulan. “People may notice that their complexion is more hydrated and brighter following the month.”

In just one month alcohol-free, a number of other, more serious health indicators can change dramatically too. A study published in the BMJ Open revealed that when people who were moderate to heavy drinkers gave up the habit for a month, they had improved insulin resistance (a risk factor for Type 2 diabetes) and lower cancer-related blood markers. Other reports have found participants experience reduced blood pressure and cholesterol.

While most of the benefits of a Dry January occur during the month of abstinence, some continue on into the new year. According to Dr. Shah, “A break can influence your gut and overall well-being for months.” An in-depth survey conducted by the University of Sussex found that 70 percent of people who completed a month “on the wagon” reported generally improved health after the fact, and over half lost weight. Though it’s unclear how long participants kept the weight off, consuming less alcohol is a surefire way to cut calories. The average 5-oz. glass of red wine contains 120 calories, while a 12-oz. serving of beer will set you back about 150.

Dr. Shah also emphasizes that cutting back can help change unhealthy habits beyond January. “Those who complete the month successfully oftentimes have fewer cravings for alcohol and maintain lower levels of drinking,” she says. One report found that nearly three-fourths of participants had “sustained reduced levels of harmful drinking” six months after their booze-free month. The University of Sussex report states that, even into August, Dry January participants were consuming one less drink per week, on average.

Quite likely, these long-term changes come from using the month as an opportunity for a mindful pause. “Dry January is a great opportunity to re-evaluate your relationship with alcohol,” says Dulan. “After a month free, you’ll be able to see the effects it has on your body and evaluate if you’re healthier and happier without that glass of wine or cocktail after work.” Dulan also recommends using the time to consider what other, healthier habits you might incorporate into your lifestyle. If you’re not hitting the bar after work, could you use that hour to squeeze in a workout or quiet your mind with meditation?

If you’re struggling to keep up your resolution for a Dry January, it’s helpful to remember that the exercise isn’t forever. Alcohol will always be there. Before you know it, you can go back to enjoying the occasional after-work martini or date night glass of Pinot — this time with more mindful intention. So hang in there, abstainers! You’re sure to reap the short-term and long-term benefits of a month without booze.

Sarah Garone
Sarah Garone is a mom, wife, nutritionist, and freelance writer in Mesa, AZ. She loves music and travel, speaks fluent German, and does a lot of running (to counterbalance the surprising amount of cookies she eats for being a nutritionist). Find her sharing great recipes and helpful nutrition info at A Love Letter to Food.
Healthy Living
Health
Healthy Living dry january
More From Health