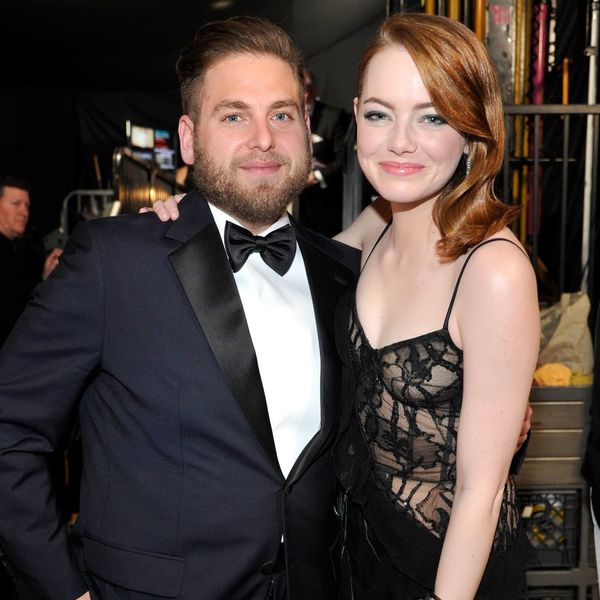 Netflix has been churning out some increasingly ambitious original films and TV series, and the upcoming show Maniac, starring Emma Stone and Jonah Hill, is about to join the ranks of the wonderfully weird stuff being made by your favorite streaming service.

So far, not much is known about the dark comedy. What we do know that it’s about two strangers (Stone and Hill) who find themselves in a pharmaceutical trial gone wrong, that it’s directed by True Detective‘s Cary Fukunaga, and that it’s based on a 2014 Norwegian dark comedy about “an institutionalized man who lives a fantasy life in his dreams.” And we know that we need to watch it, like, now.

In the first images released by Netflix, we get a glimpse at the characters looking healthy and happy in their seeming real lives, and in contrast, in a trippy, colorful lab, surrounded by machinery and futuristic-looking head devices. And while nothing about Maniac‘s mysterious, psychedelic world screams “teen coming-of-age comedy,” we’re getting total Superbad reunion feels seeing Stone and Hill back on screen together.

Beyond that, the plot is mostly being kept under wraps, but at least the rest of cast is promising: Sally Field, Justin Theroux, Julia Garner, and Jemima Kirke also star.

So far, there’s no release date set for Maniac, but the 10-episode series will hit Netflix sometime this year.

Will you check out Maniac when it comes to Netflix? Let us know @BritandCo!