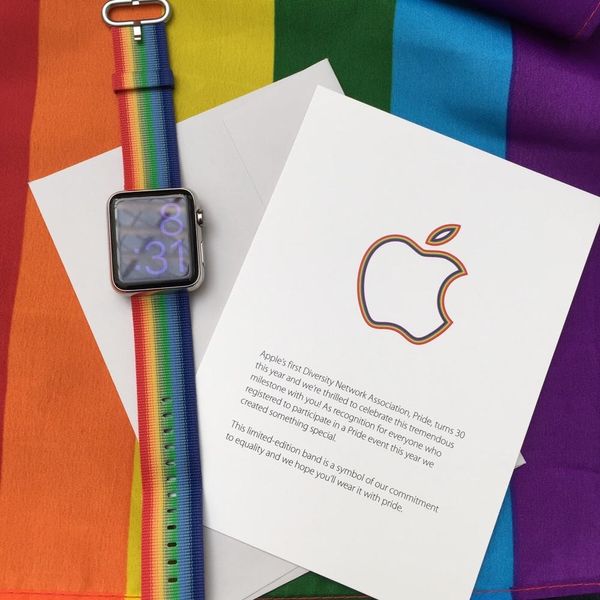 Another day, another reason we wish we worked at Apple. At San Francisco’s LGBTQ Pride Parade on Sunday, Apple employees marched wearing rainbow bands for their Apple Watches. And now we want one too — and frankly, so does everyone else. It’s SO PRETTY!

The nylon bands were given to employees who participated in the parade in honor of the 30th anniversary of Apple’s first Diversity Network Association, Pride. The company’s employees — including CEO Tim Cook, who has talked at length about his decision to come out and living as a gay man — marched in the parade and then proudly posted images of the exclusive bands to social media.

“This limited-edition band is a symbol of our commitment to equality and we hope you’ll wear it with pride,” the band’s accompanying card said, according to one employee’s Reddit post. We definitely would. But unfortunately, it doesn’t look like Apple has any plans to release the bands to the masses.

So you’ll just have to track down an Apple employee and bribe them if you want one :(

What do you think of the Pride bands? Let us know @BritandCo!

Cailey Rizzo
Cailey is a junkie for all things pop culture. She studied journalism and English literature at SUNY Purchase, then continued studying French cinema and literature at Paris IV Sorbonne. She currently lives in New York where she can often be found singing '70s music at karaoke bars.
Apple
Tech
Apple LGBTQ Tech News