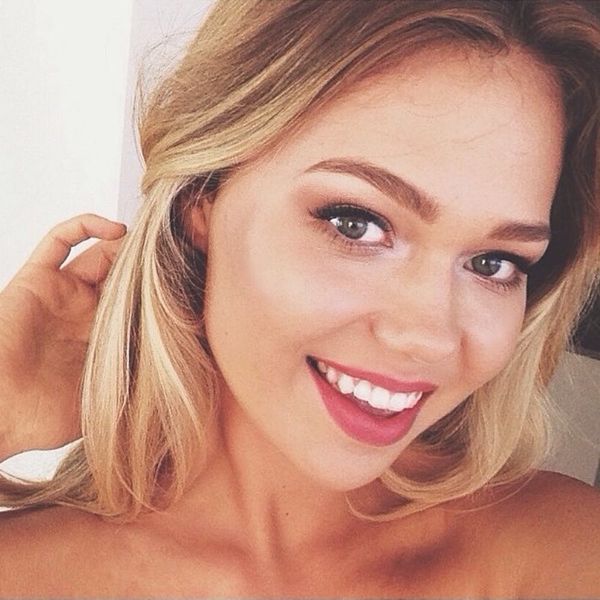 Not so long ago, teen Instagram celeb Essena O’Neill was at the top of the social media game — half a million followers, over 100,000 YouTube views on her videos and a closely curated social media existence captured in cool smiling candids, picture perfect #OOTDs and carefully posed selfies. Her Internet celebrity scored her major modeling contracts, magazine covers and money from sponsorships — but just shy of her 19th birthday, Essena decided to leave it all behind and strip back the glossy curtain to reveal the truth behind the images.

In a video explaining her decision, she is “quitting social media for her 12-year-old self.” At 12, Essena explains, she looked up to other social media stars, never imagining that in few short years she would be joining their ranks and that the endless pursuit of Internet celebrity would make her deeply unhappy. She urges her followers to “be game changers” in the game of social media and live “truthfully.”

Body image for women has been horribly highjacked by impossible standards set by media (both social media and that produced by Hollywood), but Essena is fighting back. With her decision to be a “game changer,” the former social media star has made it a point to spread a body positive message.

The Australian teen deleted over 2,000 photos from her Instagram account just a week ago and changed the captions on her remaining photos, like this one. She re-wrote: “Real Caption Edit: This is what I like to call a perfectly contrived candid shot. Nothing is candid about this. While yes, going for a morning jog and ocean swim before school was fun, I felt the strong desire to pose with my thighs just apart #thighgap, boobs pushed up #vsdoublepaddingtop and face away, because obviously my body is my most likeable asset. Like this photo for my efforts to convince you that I’m really, really hot #celebrityconstruct”

YAAAAS, girl. We love the honesty.

Let’s all replace the #thighgap with more inclusive hashtags like #thighreading. And every once in a while, don’t forget to remind ourselves even when we’re viewing the seemingly perfect lives of others that we’re all human. What do you say?

Check out Essena’s video explaining her decision below.

What do you think of Essena’s message? Tell us in the comments below!

Kimberly Wang
Kimberly Wang writes about all things pop culture, tech, style, and beauty. She's a Bay Area transplant and has an MFA in Creative Writing from Columbia University. On a sunny New York day, you can find her hanging out with her mini schnauzer Isabelle Jellybean on a blanket in Central Park.
Social Media
Pop Culture
Social Media
More From Pop Culture