3 Scientific Reasons Why Breakups Suck + How to Feel Better 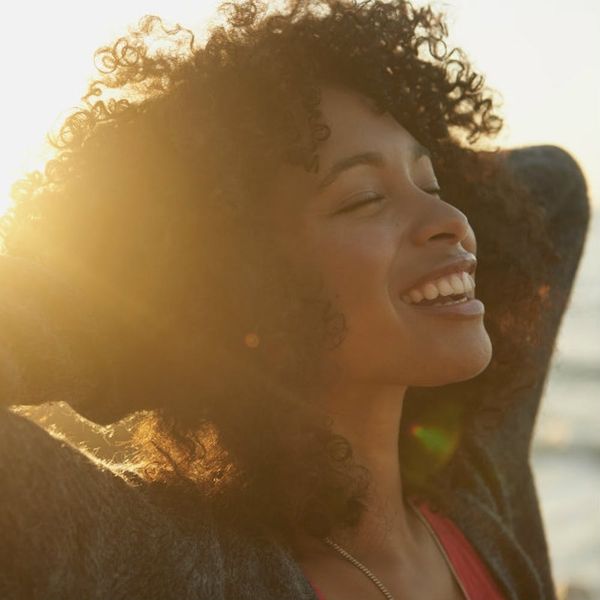 There’s no getting around it: Breakups suck. While we try to find comfort in the fact that just about everyone goes through at least one (and by repeating T. Swift’s girl squad’s best breakup advice over and over in our heads), breaking up with your S.O. can still feel like the end of the world. Well, according to Dr. Mariana Bockarova, a relationship researcher at the University of Toronto, the reason why breakups are the worst is actually rooted in science. Here are the three scientific reasons why it’s so darn hard to move on and Mariana’s advice on how to feel better (no, breakup movies and ice cream not included).

THE HIGH OF FINDING TRUE LOVE

You’ve probably heard that falling in love is similar to addiction. When we fall head over heels for someone, our brains are flooded with neurochemicals designed to make us feel good. However, when the honeymoon period is over, those neurochemicals tend to settle down to a normal level. Yet when we eventually breakup, our brain jumps right back to the initial high of falling in love, as an evolutionary motivator to re-attach to our partner (ugh thanks, science). And if you’ve ever had your heart broken before, you know the pain of a broken heart is legit.

“When it comes to broken relationships, barring abuse, trauma or mental illness, one major hindrance to moving on is the romanticized belief that there can only be one ‘true love’ for us in the world,” says Mariana. So, when we split from our OTP, our brains go into overdrive trying to convince us to get back together with our S.O.

How to Cope: “If you hold romanticized beliefs, one way to start the healing process after a breakup is to acknowledge that if your former partner were indeed your soulmate, then he or she likely wouldn’t have dissolved the relationship,” Mariana suggests. It may not seem like much, but when you’re going through the thick of a breakup, this simple idea could really make a world of difference. That’s true even if you were the one to actually make the break (’cause you still did it for a really good reason, right?).

We rarely think about it, but different people have different psychological attachment styles. “Of the three main ways in which we can attach to another person romantically, those with an anxious attachment style (about 21 percent of the population) tend to be more dependent on their partners during a relationship and experience the greatest difficulty moving on,” says Mariana.

How to Cope: If you have an anxious attachment style (find out which attachment style you have here), try busting out the tried and true getting-over-your-ex staples — deleting pics, reconnecting with old friends and avoiding their popular hangouts.

The Zeigarnik Effect is simple: People remember incomplete tasks more strongly than completed tasks. This means that the unfinished business component of your relationship could be causing your brain to be obsessing over your past relationship.

How to Cope: Instead of holding onto something that no longer exists, Mariana suggests writing a final goodbye letter to your former partner and either sending it without expecting a response or just plain trashing it.