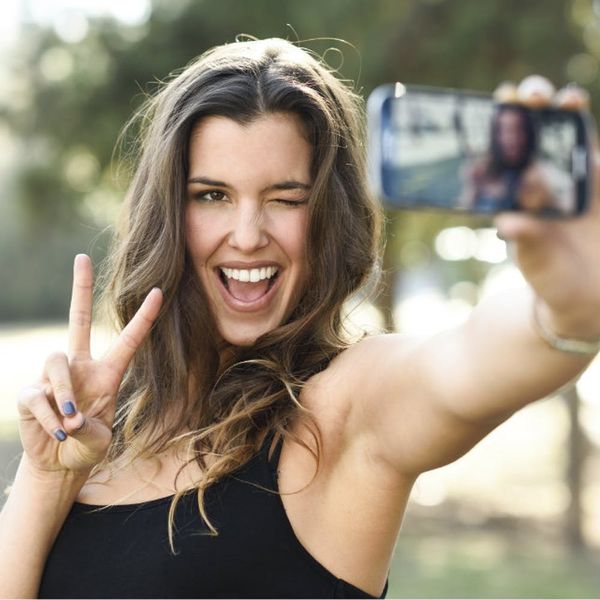 As we continue mourning the loss of Vine (and binging on hilarious #RIPVine tweets), there’s some exciting news coming from the Facebook camp that should be able to lift your techie spirits (BESIDES those new and awkward Halloween reactions).

As part of the social media mogul’s continued efforts to outshine Snapchat (excuse us, Snap, INC) and its filters (which have become such a huge part of our lives, they’re even influencing Halloween costumes this year!), good old FB has unveiled plans to roll out a disappearing video and photo feature that looks awfully similar to our beloved snaps (and yes, there will be filters. Lots of ’em).

The experiment, which has simply been dubbed “the new camera,” will be integrated into FB’s app and accessible via a new camera button placed at the top of the newsfeed. The new feature, which is currently being tested in Ireland, will allow folks to take photos and videos with all kinds of filters, which they’ll then be able to send to friends or post on their timeline. The images will disappear after 24 hours. Sound familiar? Hmm!

Speaking with Business Insider, a Facebook spokesperson shared the inspiration behind the new Snapchat-esque addition. Apparently, they’re rolling out “the new camera” because they’ve noticed folks becoming more and more keen on sharing funny, silly pictures and videos with just their closest friends rather than all of their acquaintances. (Uh huh. It wouldn’t have anything at all to do with beating out your competition, eh?)

Guess we’ll just have to wait and see how successful “the new camera” is across the pond!

Will FB’s new feature dampen your love of Snapchat? Tweet us @BritandCo.