Snapchat Dropped Its First Hardware Product and Changed Its Name 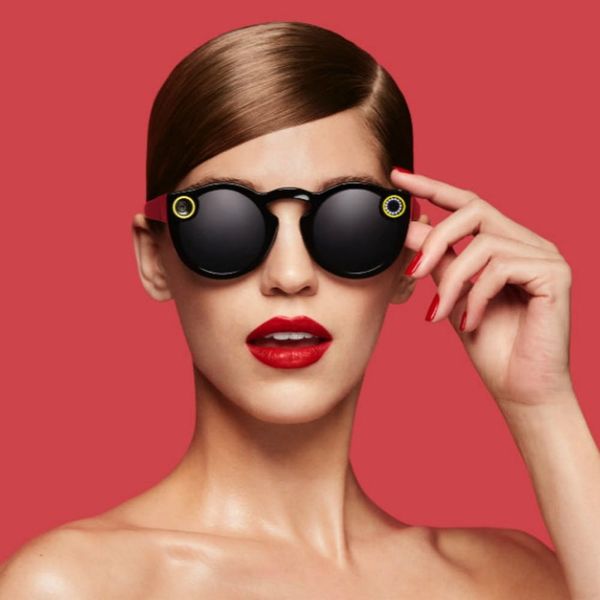 Say goodbye to Snapchat (are you following us?) — the company as you know it will never be the same. In a conference Friday night, owner Evan Spiegel not only announced that from here on out, the company formerly known as Snapchat will hereby be called Snap, Inc., he announced the release of its first real-live hardware product: a pair of glasses that will act like a camera to record what you see through human eyes.

Dubbed Spectacles ($130), the camera glasses will feature a 115 degree lens and record for 10 seconds at a time (up to 20 more seconds can be added to the recorder by tapping the record button on the left-hand side of the glasses) in both landscape and vertical modes.

From there, you can save your reel to both your phone and Snapchat — excuse us, Snap Inc. — memories through a wireless or Bluetooth connection

To hear Evan tell it, it’s more like reliving a memory than watching a video. “I could see my own memory, through my own eyes — it was unbelievable. It’s one thing to see images of an experience you had, but it’s another thing to have an experience of the experience. It was the closest I’ve ever come to feeling like I was there again,” he told The Wall Street Journal.

While no release date has yet been made official, Evan promises the glasses will be coming “this fall,” albeit in “limited quantities,” though you can check them out in action ahead of time in the the video below!

We smell a sellout!

Nicole Briese
Nicole is the weekend editor for Brit + Co who loves bringing you all the latest buzz. When she's not busy typing away into the wee hours, you can usually find her canoodling with her fur babies, rooting around in a bookstore, or rocking out at a concert of some sort (Guns N' Roses forever!). Check out all her latest musings and past work at nicolebjean.com.
Snapchat
Tech
Snapchat Tech News
More From Tech