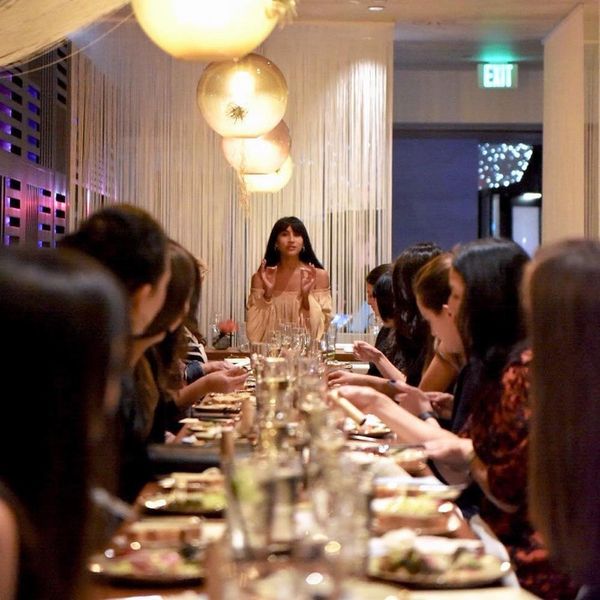 Prior to what she calls a “total surprise” pregnancy in 2013, former Racked LA senior editor Natalie Alcala spent her days in full-on fashion mode. It was the kind of stuff that movies are made of — press parties, celebrity interviews, red carpet outings, and furious story writing — and the news of a very small family member joining Alcala and her husband was the equivalent of a freeze-frame, record-scratch moment in that ultra-glam movie.

“I had never even held a baby before, and there really wasn’t an outlet for modern mothers doing both — career and motherhood,” Alcala tells us. “Motherhood is quite trendy today, but back in 2013, it was a completely different scene.” Alcala embraced her pregnancy and was an early adapter of the bump pic movement, but things got tricky in a whole new way when her son Diego actually made his appearance in 2014. She craved an outlet of her own outside of full-time motherhood but felt out of touch with her former all-work-all-the-time self.

#MerryChristmas from us ☃️

“I was ready to continue succeeding in my career with a baby on my hip, and I knew there were other women — in my industry, specifically — who were, too,” shares Alcala. “We needed to band together and provide the ultimate support system.” Enter Fashion Mamas: a members-only network for mothers with a background in fashion and other creative industries. Alcala launched the group with a brunch in December 2014 and never looked back, spreading the word organically and via in-person events and an online application process that ultimately grew the community to embrace moms outside of the initial group, which had been largely made up of friends of friends.

Today, Fashion Mamas supports its members with a panel series, a Mamas Making It Summit, a blog featuring stories of creative mothers killing it at work and life, and an online portal that offers members helpful resources and job opportunities. And while every mom out there might not be a part of the Fashion Mamas network specifically, Alcala is passionate about the community’s overall mission — which is one that mothers everywhere can embrace and appreciate.

“My goal is to keep supporting and celebrating dynamic mothers across the world who are unapologetically passionate about their careers,” she explains. “Motherhood can feel really isolating. Once you give birth, the game completely shifts, and you can easily become overwhelmed with new thoughts and questions.”

The creative outlet offered by communities like Fashion Mamas and the sense of sisterhood that only fellow new mothers can build is just as important — okay, maybe almost as important — for moms as sleep. “Once a mother is released from that guilt of still loving her work and she realizes that she never has to ‘choose’ between family and career, that’s when she’ll be set free and her creative drive will present itself stronger than it’s ever been,” Alcala encourages.

Calling all moms: Tweet us how you maintain your own creative outlet @BritandCo!

Alli Hoff Kosik
Alli Hoff Kosik is a freelance writer who is passionate about reading, running, rainbow sprinkles, her lipstick collection, watching embarrassing reality TV, and drinking pink wine. She lives in Brooklyn with her husband and (in her dreams, at least) three golden retriever puppies. Listen to her talk books on The SSR Podcast.
Career
Creativity
Career Family Girlboss Parenting