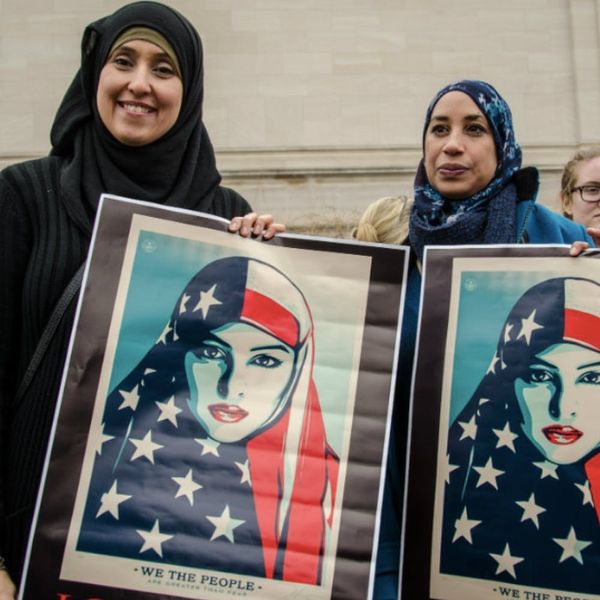 It hasn’t been an easy year. In 2017, feminism, along with a laundry list of other progressive causes — see: environmentalism and conservation, anti-poverty and anti-racism, LGBTQ+ rights, international diplomacy, peace on Earth and goodwill toward other humans, etc., etc.— have suffered serious blows under the current political administration.

The year also witnessed the signing of an executive order undoing the Obama-era Fair Pay and Safe Workplaces bill (a marker that makes discrepancies in pay equality more transparent), the overturning of Title X which permits states to block funding to abortion clinics, a threat to shutter the federal Office on Violence Against Women (despite statistics indicating that at least three American women are killed by an intimate partner every day), an attempt to roll back rights for transgender youth, and a move that puts women’s health at risk through the introduction of a health care bill that would deny them birth control coverage and access to Planned Parenthood services.

Outside US borders, the Trump administration has endangered the lives of women and girls in developing countries by bringing back the Global Gag Rule, stripping federally funded NGOs of the ability to provide referrals, counseling, or advice on abortion.

Despite this frightening rollback of rights, it’s been heartening to witness the ways in which feminists have banded together to counter Trump’s attacks. Beginning with the organization of the Women’s March on Washington (which saw sister marches with massive turnouts spring up in cities across the globe), it seems like women and allies have never been more united under a common cause.

But guess what? It’s not good enough.

The feminist movement needs to do better in 2018 by rectifying some of our biggest failures, our biases, and our inclination toward exclusivity. Here are three major “needs improvement” areas on our 2017 feminist report card:

Our greatest strength — a willingness to endlessly debate nuances and a refusal to see the world in black and white absolutes — can sometimes be a hindrance. That said, we should be well past the point where we’re discussing who can and can’t be a feminist. Mainstream media coverage aside, feminists are not straight, cis-gender, white women. Anyone who calls themselves a feminist should be holding the door wide open for other progressive, equality-minded activists and thinkers. The more of us there are, the more impact we can have.

In terms of gender-based violence, people of color, undocumented residents, and the LGBTQ+ community statistically face far greater risks than do white, straight, cis-gender, American women — and yet their stories are told far less frequently. It’s time to center the margins. How? By moving over, making space, and (most importantly) listening.

Avoiding hypocrisy and owning up to mistakes

For things like body positivity and an honest representation of a certain kind of sexuality, Girls was a groundbreaking (if imperfect) show, but that doesn’t mean that its creator deserves our blind devotion. When a self-described feminist like Lena Dunham says that she “believes women” until a pal of hers is accused of sexual assault, it’s important that feminists recognize that hypocrisy. Another example: Susan Sarandon, who, in addition to thinking that Trump is a better President than Hillary Clinton would have been, has some really questionable things to say about Hollywood power dynamics and sexual assault. It’s a serious bummer that the star of Thelma & Louise isn’t a flawless feminist icon, but acknowledging the hypocrisy and calling it out whenever and wherever we see it is important, especially when it’s coming from a fellow feminist or ally. It isn’t that Dunham or Sarandon should be kicked out of the club (see above re: inclusivity), it’s that feminists need to be aware of bias and blind spots — those of their idols, their allies, and their own.

What are you going to do to be a better feminist and activist in 2018? Let us know on Twitter.

Corrina Allen
Corrina Allen is a film + television + travel writer from Toronto. Her journalistic goals include a backstage interview with David Byrne, the fictional character she identifies most closely with is John Wick, and her favorite dead person is Vladimir Nabokov. She never, ever Instagrams photos of her food (just her dog).
Feminism
Empowerment
Feminism
More From Empowerment