Morning Buzz! The First Look at This Is Us Season 2 Will Have You ALL KINDS of Emotional + More 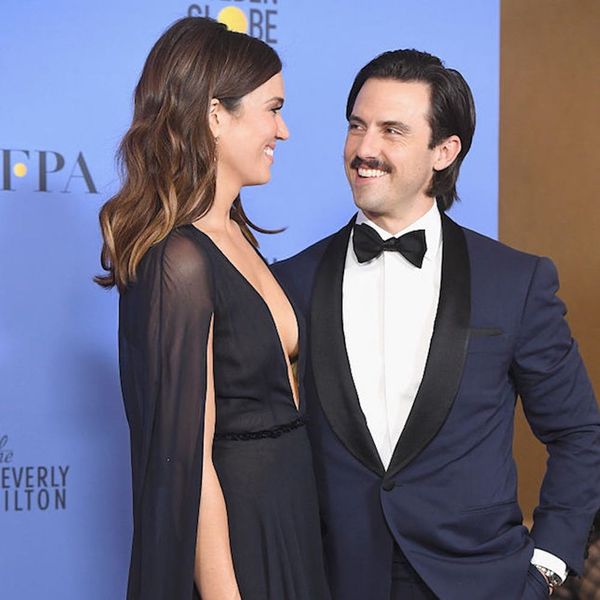 This Is Us gears up for an emotional season two and Justin Bieber is truly sorry in this morning’s top news stories. Check out those and more below in the Morning Buzz!

1. The countdown is on for the September 26 premiere of This Is Us‘s second season, and the first look, while a pretty vague one, already has us sobbing. NBC released a poster featuring a collage of pics of the show’s stars in some super emotional scenes — some happy-emotional, some sad-emotional — and we get another look at the teenage versions of the Pearson kids. Knowing that the second season ended with Jack and Rebecca’s relationship in a less-than-perfect place makes it almost painful to see them pictured in happier times. GAH. We. Cannot. Wait.

2. Justin Bieber finally broke his silence following his tour cancellation. After canceling the remainder of his long-running Purpose world tour last month due to “unforeseen circumstances,” Bieber has been quiet on the matter. But in a new message posted on his Instagram account, he let fans know just how grateful he is for them and opened up about what’s going on in his life. “I have let my insecurities get the best of me at times,” he wrote. “I am extremely blessed to have people in the past few years help me build my character back up, reminding me of who I am and who I want to be.” Bieber went on to say that he’s so thankful to be able to do what he does and that the decision to cancel his tour was in order to protect it. “Me taking this time right now is me saying I want to be SUSTAINABLE. I want my career to be sustainable, but I also want my mind heart and soul to be sustainable.” Good on you, Justin.

HUGE NEWS! - We have a Jedi joining the family in 2018! ...We sense The Force is strong with this one! @angelalanter Annnd we're documenting the whole thing week by week in our new podcast, Hello Bump. It's live now! Click the link in my bio to head over to iTunes!

3. Timeless star Matt Lanter and his wife, Angela, announced they’re expecting their first child in an ADORABLE pic. Would you look at the excitement on these faces?! Lanter announced the news on Instagram, writing, “HUGE NEWS! We have a Jedi joining the family in 2018! We sense The Force is strong with this one!” He also announced that they’ll be documenting their journey to becoming first-time parents in a new podcast called Hello Bump. Cute! (h/t ET)

4. The most-viewed celebrity Instagram Stories are actually super surprising. Our guess for No. 1 would be one of the Kardashian-Jenner sisters. Or maybe Beyoncé? NOPE. Not even close. Instagram released a list of the 10 most-watched Instagram Stories to celebrate the feature’s first birthday, and the top spot went to Colombian singer J Balvin. Huh! Comedy account The Fat Jewish was second, and Lele Pons, Emily Ratajkowski, Chloë Grace Moretz, Chiara Ferragni, Bella Hadid, Shay Mitchell, Candice Swanepoel, and Nick Jonas round out the rest of the top 10. Who would you have guessed? (h/t Teen Vogue, photo via Justin Sullivan/Getty)

5. OMG: Gwen Stefani might be releasing a Christmas album and it’s sure to be an instant classic. We all know Mariah Carey is the queen of the Christmas album, even if the competition never stops trying to come for her throne. But according to ET, Gwen Stefani is working on a Christmas album with the help of BF Blake Shelton, and we can’t help but think that it’s going to be an all-time contender. Stefani hasn’t confirmed the news just yet, but her eagle-eyed fans have snooped out some newly registered songs with BMI publishing, and with titles like “Under the Christmas Lights,” “Christmas Eve,” and “You Make It Feel Like Christmas,” we’re betting it’s going to be a very Stefani Christmas. (h/t ET; photo via Jason Merritt/Getty)

6.Quote of the day: “There is no such thing as failure. Failure is just life trying to move us in another direction.” How does Oprah Winfrey always know exactly what we need to hear?!

Do you try to embrace failure as an opportunity? Let us know @BritandCo!