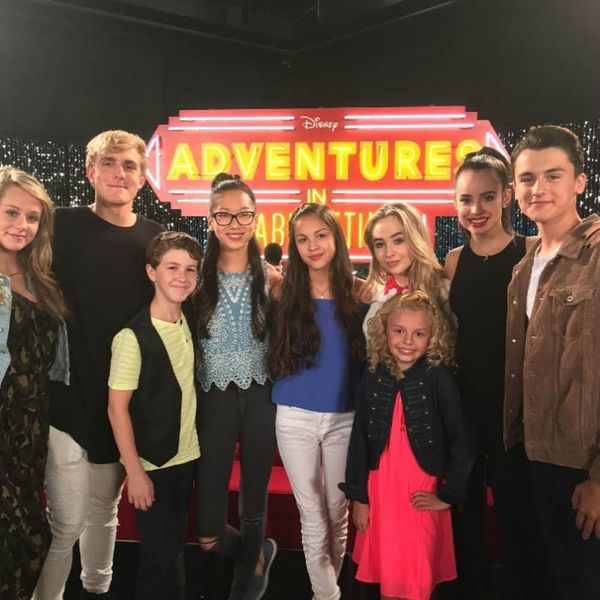 The Disney channel has been gearing up for the premiere of its 100th movie, Adventures in Babysitting, all summer long, starting with this truly epic Memorial Day weekend throwback lineup.

Beginning on May 27 and ending with a bang at last night’s premiere of the 1987 film’s remake, the channel’s former stars were out in full force to give a nod to the network that started it all. Check out who was on hand below!

1. The Lawrence Brothers: Joey, Matthew and Andrew, who famously starred in Disney’s Horse Sense and Jumping Ship, were all three in attendance, posing for a car selfie together that Joey titled “Good times.”

A post shared by Christy Carlson Romano (@thechristycarlsonromano) on Jun 23, 2016 at 5:28pm PDT

5. Kyle Massey, Jason Dolley and Jason Earles: Kyle (you may recall him as Cory from Cory in the House) got the chance to goof around with Hannah Montana’s Jason Earles.

He also posted this reunion vid of himself with his character’s BFF, Newt, saying, “For everyone that didn’t know, Corey and Newt are back in the house!”

Can you guess the DCOM? #100DCOMs #AdventuresInBabysitting

6. Adam Wiley: Disney took it way back with the appearance of Adam Wiley, one of the channel’s very first celebs, who was made famous for his role in 1997’s Under Wraps.

Keith Coogan tells us what his favorite part about filming the original #AdventuresInBabysitting!

7. Keith Coogan: Last but certainly not least was Keith Coogan, who played pesky neighbor Brad Anderson in the original Babysitting film. Here, he reveals his favorite part of making the original movie.

What was your favorite Disney channel original? Tell us over @BritandCo!