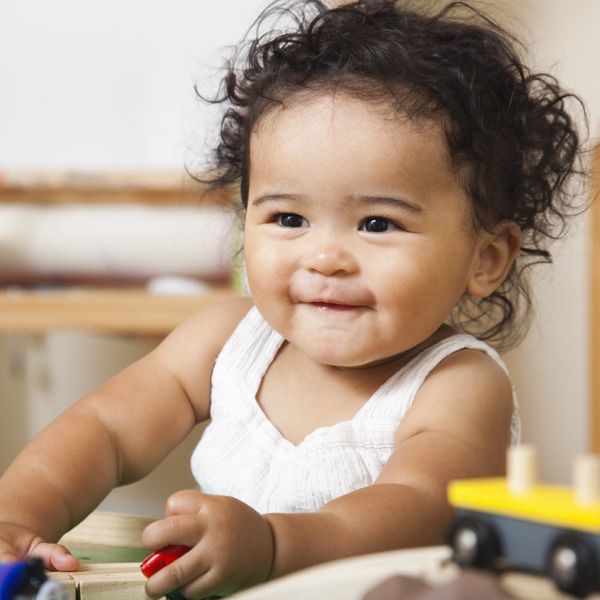 When we named Post-Gender Baby Names as our Number 1 trend for 2016, we were mostly just guessing. Oh sure, the guess was backed up by some strong cultural trends, from marriage equality to trans recognition, as well as a raft of celebrity baby names.

But when The New York Times asked us whether we could back up the trend with, you know, actual statistics, we weren’t entirely positive what we’d find. Baby name prognosticating is as tricky as any other kind of forecasting, relying as much on instinct as on science. Our gut told us that baby names that defied gender categories were on the rise for both girls and boys. But would the numbers bear that out?

Our discovery, as reported in The New York Times by Alex Williams: The number of babies with truly unisex names — those most evenly split between the sexes — has exploded in the past ten years. And boys are getting these post-gender names as often as girls, with 60 percent more babies getting gender-neutral names in 2015 than in 2005.

How do we define truly unisex baby names? Those with at least a 35/65 split between the sexes. Babies given names with wider gender splits — 20/80 or 90/10 — rose in number too, but less than 10 percent in the past decade.

The Top 25 Baby Names that are truly unisex, with their 2015 gender split, are:

In other words, parents are more likely today than they were 10 years ago to use a popular gender-neutral name for a boy, a refreshing turnaround.

Some specific names that are going in the boys’ direction: Casey, the Number 1 unisex name in 2005 when it was split evenly between the genders, is now over 60 percent male. Hollis and Remy have gone from half to two-thirds male, and Phoenix has risen from 60 to 67 percent male.

Celebrities can have a huge influence on the gender identity of names. Channing Tatum, for instance, has turned the image of his name from less than 10 percent male a decade ago to nearly 40 percent male now. Hayden Panettiere has done the same thing in the opposite direction, taking that name from only 11 percent to 38 percent female in the past 10 years.

But the celebrity influence doesn’t always take the gender direction you’d predict. Football star Peyton Manning‘s first name, for instance, has moved from just over half to three-quarters female in the past decade. And while the name Lennon is vastly more popular overall, its gender balance has shifted dramatically toward the girls, 57 percent female now vs. 14 percent a decade ago.

What’s your favorite gender-neutral name? Share it with us @BritandCo!