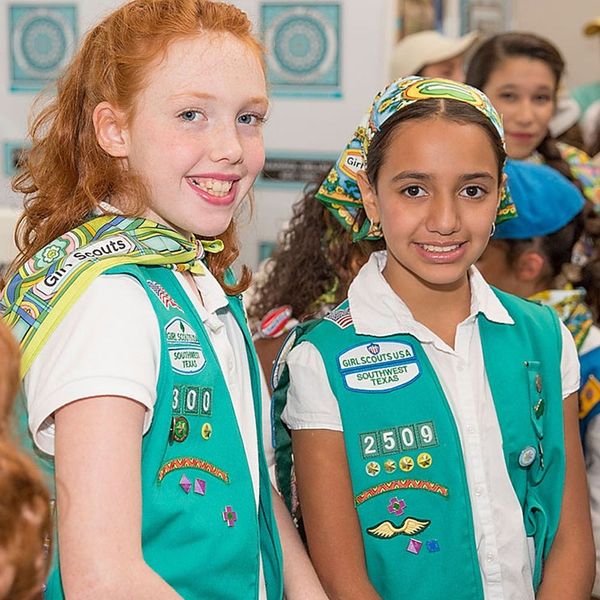 As we swiftly approach the final month of 2015 we can’t help but reflect back on all the change that has occurred over the last 365 days. While there are enough current events to fill a book (or I guess they call that an almanac), there’s been a major spotlight on gender-related issues. Be it Caitlyn Jenner’s transition, Target’s decision to get rid of boy vs. girls labels in their toy department or Barbie featuring a boy in their commercial for the first time in the company’s history, a lot of companies and individuals have taken a progressive step towards advocating for a more inclusive future. For one group of girls, they’re hoping that means they’ll be allowed to join the Boy Scouts.

In a recent New York Times feature, the publication put a spotlight on a group of girls who currently belong to a self-made group they call “the Unicorns.” The girls, all between 10 and 13, decided to start their own group because they felt like the Girl Scouts’ program lacked lessons like how to build a fire or use a slingshot.

After participating in numerous Boy Scout-affiliated competitions in Northern California, the Unicorns recently received word that they would no longer be allowed to partake because “Cub Scouting, Boy Scouting and Varsity Scouting are for boys.” While attending a meeting held by the Boy Scouts to help the Unicorns understand their decision, the group pulled a total girl power move by then petitioning to become official boy scouts. The decision is still up in the air and has been forwarded to the organization’s national office.

Whether the Boy Scouts accept the Unicorns or not, this instance sheds light on a larger issue. If there are more girls like the members of this group (and we’re sure there are), perhaps there should be more adventurous, athletic activities included in the Girl Scouts’ program. Or perhaps there should be an entirely new organization that allows both girls AND boys to join. And hey, if their admittance to the Boy Scouts is denied, we’re just going to go ahead and say that “Unicorns” would be a great name for a brand new, all-inclusive tribe.

What’s your stance on this debate? Share with us in the comments below.